TEHRAN, Oct. 4 (Yonhap) -- A photo exhibition illustrating the growing ties between South Korea and Iran drew to a close Monday after attracting a large number of visitors.

The exhibition, co-hosted by South Korea's Yonhap News Agency and Iran's Islamic Republic News Agency (IRNA), displayed more than 100 photos at the Artists House in Tehran from Sept. 27 through Monday.

The photos were selected by Yonhap and IRNA to highlight the two nations' rich cultures, histories and people-to-people exchanges. 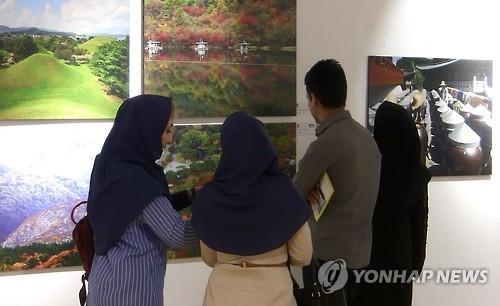 "I knew South Korea makes good smartphones and cars, but I didn't know it had so many different sides," said one Iranian visitor. "I was especially impressed by the fact that it has such a rich history and tradition, like Iran."

An Iranian college student who visited the exhibition said he felt more connected to South Korea after seeing a photo of Seoul's Tehran Street.

"I realized how far back our countries' ties go when I saw the black and white photos from 40 years ago," he said. 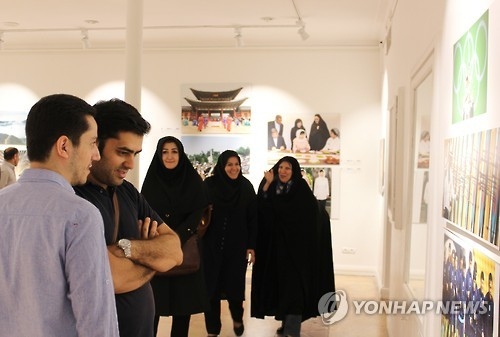 Since its opening, more than 200 people have visited the exhibition each day, according to the Artists House. Among them was Denis Coderre, mayor of Montreal, Canada.

IRNA officials said they plan to open the same exhibition in the historical city of Isfahan in central Iran later this year.

Since Wednesday, Yonhap and IRNA have also been hosting a photo exhibition under the name, "Korea and Iran, Special Relations over 1,300 Years," at the National Museum of Korean Contemporary History in Seoul. The exhibit will run through Oct. 23.

The title derives from an Iranian folktale in which a Persian prince married a princess from Korea's Silla Dynasty (57 B.C.-935 A.D.) more than 1,300 years ago. 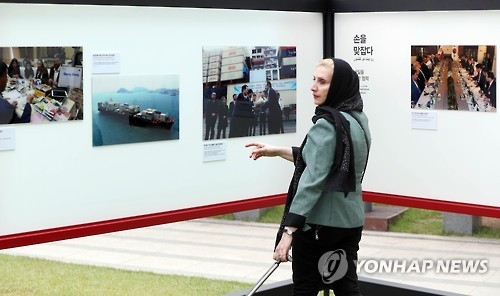