SEOUL, Oct. 4 (Yonhap) -- Prime Minister Hwang Kyo-ahn said Tuesday the government will take strong actions against false rumors on the safety of a U.S. missile defense system set to be deployed in the southern part of the country, adding the battery is vital to defending the country from Pyongyang.

"As it is proven that the Terminal High Altitude Area Defense (THAAD) system does not pose health and other safety risks for nearby residents as well as the environment, we urge the public to show support and cooperate with the government's decision," Hwang said during a Cabinet meeting.

"We must take stronger actions on any attempts to spark public discord or confusion through groundless rumors on the THAAD system," the premier added.

"The deployment of the THAAD is a defensive measure to protect the people and the land from North Korea, which has been making continuous provocations including the fifth nuclear test," he pointed out.

Last week, South Korea picked a golf course in the county of Seongju, some 290 kilometers southeast of Seoul, as the final site for the THAAD system.

The revised decision came more than two months after Seoul and Washington picked the Seongsan anti-aircraft missile base in the same county to host the battery.

Residents in Seongju earlier strongly protested against the previous decision, demanding a shift in the site amid the concerns that the system's powerful AN/TPY-2 radar may have adverse impact on their health. 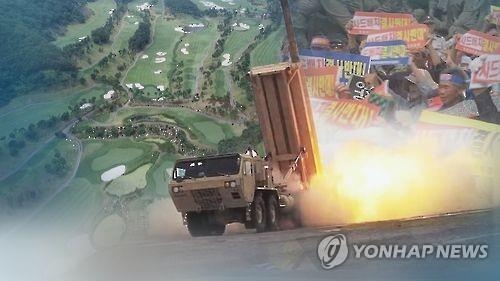