SEOUL, Oct. 5 (Yonhap) -- Monsta X has released the music video for "Fighter," the lead track off their new EP.

The group's fourth mini album, "The CLAN 2.5 Part.2 GUILTY," depicts the story of young men who have grown up under the constraints of disability, harassment, poverty, loneliness and inferiority recovering their innocence from their very sources of sorrow.

"Guilty," a sequel to their previous album "Lost," portrays wounded youth finding their way towards hope.

The album, produced under the group’s detailed direction on the music video, artwork and teaser, records Monsta X's on-going development into better musicians.

Just like "Lost," the music captures the group's dynamic vibe, with one track showing off Monsta X's power, and the rest focusing on love and separation.

"Fighter" is a blockbuster track portraying a difficult romance of a man striving to protect his love.

With the album released, the group is now set to kick off promotional activities. 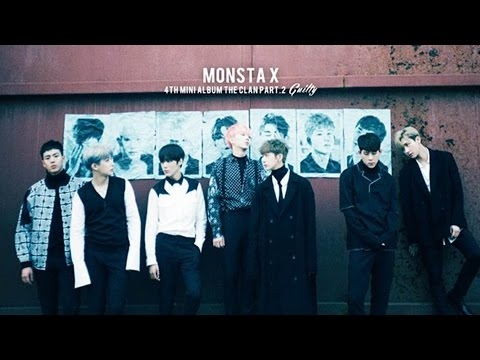