The Ministry of Food and Drug Safety (MFDS) said it will maintain an earlier decision to approve the sale of "Olita" -- a therapy for patients who have developed a tolerance to existing lung cancer treatments-- in the local market, as long as the concerned patients are given a full explanation of its possible side effects and give consent. 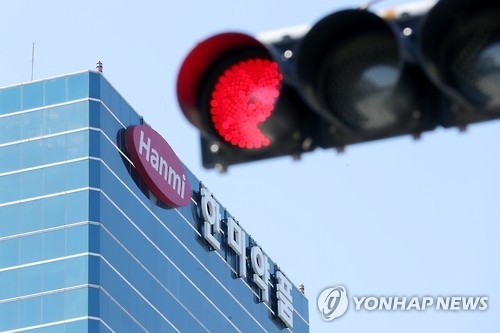 The pharmaceutical company's lung cancer compound was found to have side effects of serious skin toxicity during a clinical trial after receiving the approval in May.

The MFDS said Tuesday that it will also mandate that doctors receive a consent form from the patient.

Also, new patients will be allowed to be prescribed the treatment after proper consultation with doctors, official said.

"The decision was reached in consideration of comprehensive reasons of safety information and providing treatment opportunity for the patients who do not have an alternative treatment method," said Lee Won-sik, director of the MFDS.

The authorities said they will also monitor all the patients who have been prescribed the homegrown drug.

Last week, German pharmaceutical giant Boehringer Ingelheim said it will end a license deal with Hanmi Pharmaceutical after one patient died during the Phase II clinical development for patients.
(END)