Rijsberman took office this week for a four-year term, and takes over from former GGGI director-general Yvo de Boer.

The incoming Netherlands-born director-general was the chief executive officer of the Consultative Group for International Agricultural Research Consortium from 2012-2016. Before that post, he was a director for water, sanitation and hygiene for the Bill and Melinda Gates Foundation, run by Microsoft founder Bill Gates.

The GGGI was officially launched as an intergovernmental organization in October 2012 in the South Korean capital, with a total of 26 countries having signed into its programs so far.

The institution is currently running 34 programs in 24 countries with a mission to help developing and emerging countries begin the transition to a greener, low-carbon and sustainable future by providing trusted and objective advice.

Rijsberman highlighted that green growth does not come at the cost of rapid economic development. 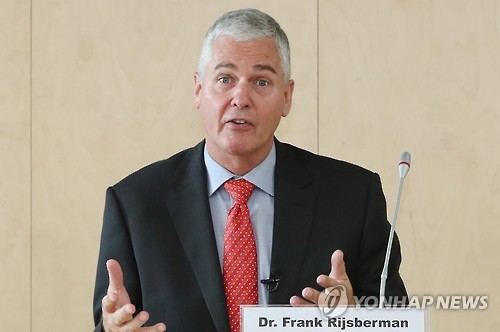