The Jeju District Prosecutors' Office said the defendants are suspected of assaulting the 53-year-old owner of the restaurant, identified only by her last name Ahn, on the southern resort island on Sept. 9, causing a brain hemorrhage. They are also accused of beating three others who were attempting to stop the violence.

The incident took place after Ahn prohibited the tourists from drinking alcohol they brought from outside the restaurant, according to prosecutors. They allegedly attacked her when she asked them to pay for the food they ordered before leaving.

Police originally booked eight Chinese but one of them was later found not to have been at the site of the incident.

The case has sparked intense public outcry along with a series of other crimes committed by Chinese tourists on the island. There have been growing calls to toughen border control and review the existing visa waiver program to prevent similar crimes. 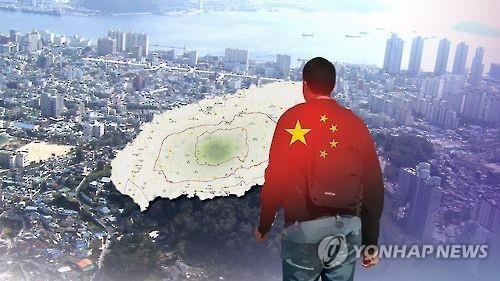