SEOUL, Oct. 4 (Yonhap) -- Less than a week after a landmark anti-graft law took effect, hopes are growing that a new culture will emerge to make South Koreans more averse to any irregular or unfair practice, particularly involving the public sector.

Despite lingering objections to parts of the law over possible ramifications, a raft of changes are taking place in the way people associate with their work-related counterparts, teachers, journalists and even colleagues.

The Improper Solicitation and Graft Act went into force on Wednesday with the aim to stamp out deep-seated irregularities in the country, which have undermined transparency, efficiency and fairness in public administration, and spawned cronyism and other malpractices.

Those who violate the law will face a maximum sentence of three years in jail and a fine of up to 30 million won. 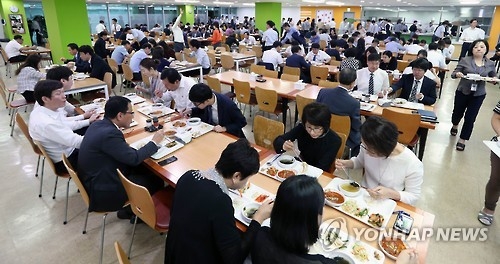 The most conspicuous change following the law's effectuation is the way people pay for lunch or dinner. The usual practice of the eldest -- or richest -- among the group footing the bill has been disappearing with most opting to go Dutch for fear that they could inadvertently violate the law and land behind bars.

The law has also banned students and their parents from offering teachers beverages, snacks or presents, even if they are just small tokens of gratitude or an expression of respect or affection. At the entrances of some schools, bizarre containers have been placed for parents to deposit their gifts, which they can later retrieve after visiting teachers. 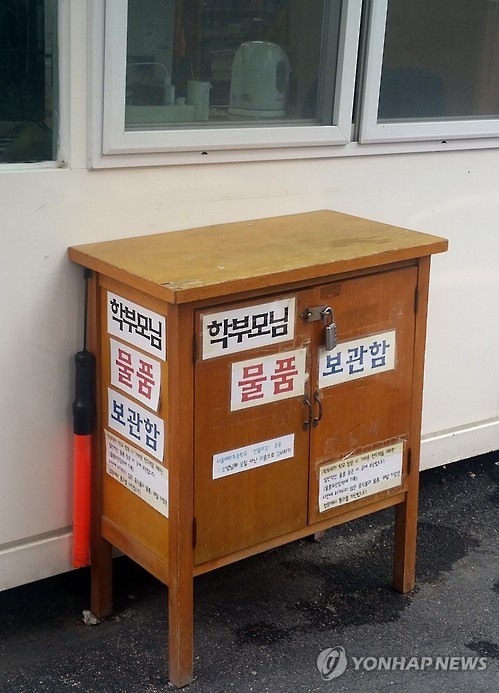 Moreover, a major shift is transpiring in congratulatory family events or funerals where people have traditionally sent gifts, flowers or monetary contributions that are now subject to the latest rules.

One civil servant, who refused to be identified, told Yonhap News Agency that he had to return part of the money for condolences that he had received from a company that he has been in contact with as part of his official work.

With public servants recoiling at the possibility of violating the law, the number of reservations at golf courses, bars and other entertainment places has declined, while businesses are struggling to maintain close ties, industry observers said.

Last year alone, more than 591,000 local enterprises spent around 9.9 trillion won on treating partners or related business people at pubs, restaurants and other places, according to data from the National Tax Service.

Kim Sam-soo, a senior official at the civic group Citizens' Coalition for Economic Justice, painted a sanguine outlook for the implementation of the law, saying South Korea's society will become more transparent.

"Our society will become more mature and cleaner," he said. "There would be many benefits such as economic growth when our society becomes cleaner and more transparent.

Lee Na-young, a sociology professor at Chung-Ang University, also said that the anti-graft law will help address South Korea's deep-seated cronyism based on regional and school connections. But she cautioned the law could lead to a rise of individualism and selfishness.

"There is a possibility that (with the law) human relations could become drier and selfish tendencies could increase going forward," she said.

Apart from the impact on human relations, worries have also been escalating among those selling flowers and gift packages such as agricultural and livestock products, as people are becoming increasingly reluctant to purchase such items.

According to the Chungbuk Research Institute, a local think tank dedicated to developing the central North Chungcheong Province, five agricultural areas producing beef, ginseng, fruits, flowers and forestry products will suffer a decrease in production by between 11.5 and 15.2 percent, due to people's growing reservations over purchasing gifts.

Observers have been stressing the need for the government and political circles to devise a way to minimize any negative fallout of the law in these sectors.

The law has also caused trouble for local provincial governments that invite guests, including those from overseas, and gift them with special souvenirs unique to their provinces or towns -- whose prices go well beyond the legal limits.

For instance, the southern city of Ulsan is no longer able to dole out a small replica of the engravings on the rock face of Bangudae, located on Daegokcheon Stream cliff in the city to their important guests. The replica of National Treasure 285 costs up to 220,000 won.

Ulsan and other cities have been persuading local craftsmen to cut the prices of the souvenirs.

"In line with the tenor of the law, we are preparing cheaper presents," an Ulsan official told Yonhap News Agency. "But we predict that the law would shrink the markets for regional products and handcrafts." 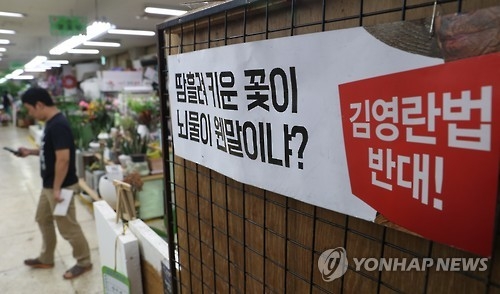 The law has also dealt a blow to regional festivals as organizers fear that their provision of food, transportation and souvenirs, along with designation of corporate sponsors, could violate the anti-corruption law.

"We have already asked the higher authorities to determine whether it is okay to invite guests and provide them with meals," an official who has been organizing a ginseng festival in Paju, just north of Seoul.

Due to such officials wary of breaking the law, the call center providing counseling on the implementation of the law has been bombarded with questions over whether planned festivals could run afoul of the new rules. 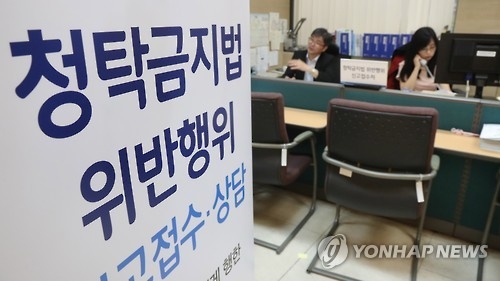 The law is also expected to cast a pall over the organizers of the Busan International Film Festival, which is to begin its 10-day run on Thursday.

As they were not able to provide flight tickets and accommodations to filmmakers and scholars from overseas, a series of events featuring them have been scaled back or canceled, dampening the festive mood of the annual event.

"In fact, there are worries that if we abide strictly by the law, the festivity will likely be dampened," an official at a provincial government said on the condition of anonymity.