SEOUL, Oct. 4 (Yonhap) -- A total of 11.5 million foreigners visited South Korea in the first eight months of this year, up 21.7 percent from two years ago, the Ministry of Culture, Sports and Tourism said Wednesday.

The number of Chinese travelers was tallied at 5.61 million through August, surging 36.1 percent from 2014, while those from Hong Kong and Taiwan increased 23.7 percent to 1.07 million over the period, the ministry said.

The ministry said it expects to see a rising influx of travelers during China's national holiday season that runs from Oct. 1-7, pledging support for a shopping festival and other cultural events during the period.

The ministry said it hopes to draw 16.5 million foreign travelers this year with a variety of customized programs for major tourism markets. 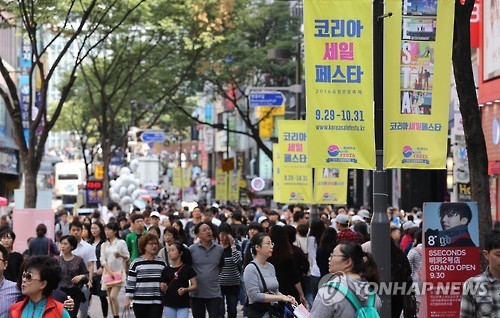