SEOUL, Oct. 4 (Yonhap) -- Actor Lee Jong-suk will become the next "hallyu" star to release a mobile phone bearing his name.

Lee, who recently played a cartoon hero in the sci-fi romance drama "W," follows in the footsteps of fellow actor Park Hae-jin, whose line of phones is set for release in China.

Lee's phone is expected to go on sale on the Chinese site JD.com next month, according to his management agency YG Entertainment.

The phone was designed by Alcatel, a mobile handset brand owned by Chinese electronics company TCL, and personally tested by Lee for its performance, it added.

The 27-year-old actor and model, who has recently led the hallyu global fame of Korean pop culture, is currently on a fan meeting tour, with stops in Taiwan and Thailand slated for Oct. 22 and Oct. 28, respectively. 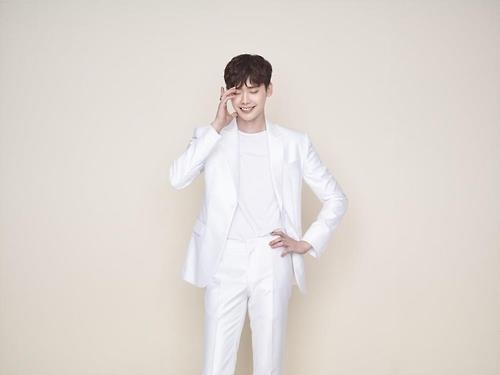 Lee Jong-suk-themed phone to be released in China in Nov.

Lee Jong-suk-themed phone to be released in China in Nov.