SOFIA, Oct. 4 (Yonhap) -- North Korea has been generating hard currency through illicit real-estate dealings in Bulgaria, diplomatic sources said, raising calls for Sofia to intervene amid global efforts to choke off sources of revenue for Pyongyang's nuclear and missile programs.

Sources said that Pyongyang's embassy in the East European state, has lent part of its office buildings in Sofia to two business entities that specialize in wedding ceremonies and information technology. 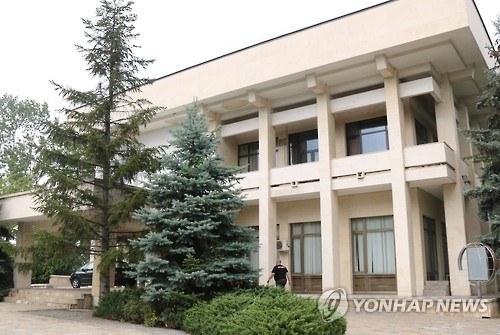 Under the Vienna Convention that sets out diplomats' privileges, diplomatic personnel are not allowed to carry out any business activities with real-estate property registered for diplomatic purposes.

Since early this year, the Seoul government has informed Bulgaria's foreign ministry of the embassy's illegal activities, according to a source privy to the issue. But authorities there have so far taken no action, the insider said. 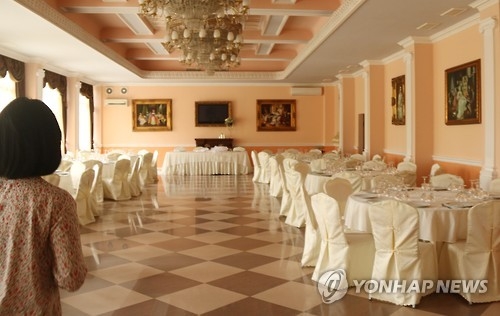 In a similar case involving Pyongyang's embassy in Germany, Berlin has stopped applying diplomatic immunity to the North Korean diplomats in its country and imposed taxes on the North's irregular business revenue.

In response to a question by Yonhap News Agency over the North Korean Embassy's real estate dealings, Sofia's foreign ministry refused to comment on the issue regarding a bilateral agreement over the use of the embassy buildings.

"(We) have been trying to convince the Bulgarian government that leaving the North's illicit real estate dealings unattended goes against the international community's cooperation in sanctioning the North," a Seoul government official said, declining to be identified.

"Bulgaria does not seem to have taken any steps (to stop the activities) in consideration of their long-standing friendly ties," he said.

The source added that the impoverished state's overseas missions have been able to operate without any financial assistance through such real-estate transactions.

Pyongyang's embassy in Bulgaria -- the third largest in scale after its missions in China and Russia -- has around 20 diplomats. Each overseas diplomat is known to remit a set amount of foreign currency to the North, in addition to raising money for the operation of his or her embassy.

Sources said that the North Korean diplomats have rarely appeared at diplomatic events in Bulgaria, raising speculation that they have engaged in other areas, possible those related to generating incomes through business activities.

Two of the diplomats are known to double as the employees of the Korea National Insurance Corp., a North Korean enterprise that has been blacklisted by the United Nations and the European Union for illegal activities.

"There are also rumors that North Korean diplomats engage in illegal projects such as trading drugs in Bulgaria or the surrounding areas where border control is lax, so as to raise funds that they have to raise for remittances to the North," a source in Bulgaria told Yonhap News Agency.