Calling the claim "totally groundless," presidential spokesman Jung Youn-kuk told reporters that Park plans to return to her old house in Samseong-dong, southern Seoul after her term ends in February 2018.

During a parliamentary audit, Rep. Park Jie-won, the interim leader of the minor opposition People's Party, raised the claim that Lee Jae-man, the president's secretary for general affairs, has instructed the National Intelligence Service (NIS) to prepare a home for her after she leaves her presidential post.

"Park plans to return to Samseong-dong (after the end of her presidency)," Jung said. "In accordance with related laws, consultations among related agencies, including her security office and the NIS, are ongoing over security and safety issues." 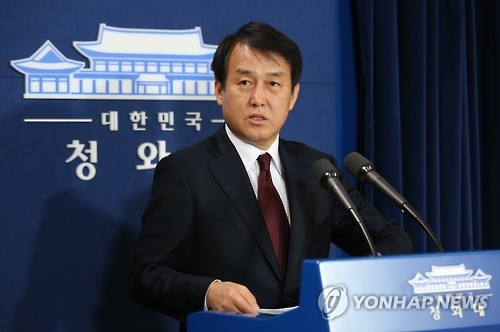