The country's consumer price index rose 1.2 percent last month from a year earlier, marking the highest monthly gain in seven months, according to the data compiled by Statistics Korea.

The figure had stayed below the 1 percent level four straight months since May.

From a month earlier, the index edged down 0.6 percent in September. 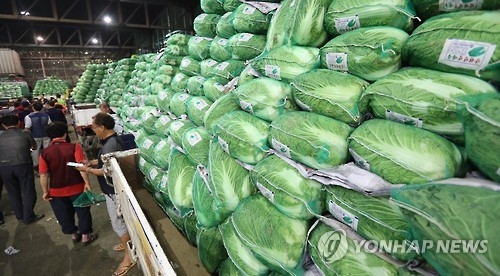 The statistics agency attributed the sharp rise to higher agricultural prices as the scorching heat during the summer and Chuseok holidays, the Korean Thanksgiving, pushed up prices of crops, fish and meat.

In particular, Chinese cabbage, the main ingredient for the traditional side dish kimchi, alone skyrocketed 198 percent last month from a year ago, while other core seasonings for kimchi, radish and pepper, surged 106.5 percent and 109.1 percent on-year, respectively.

"The record-breaking heat wave dampened fresh food production like vegetables," said Woo Young-jae, director of the price statistics division at the statistical bureau. "As it is getting cooler, the prices will stabilize in the coming month after a recovery in the supply of such vegetables."

South Korea had suffered from sultry weather, with temperatures pushing past 30 C for more than a month in July and August, dragging down shipments of field crops nationwide.

Also, this year's Chuseok, which fell on Sept. 15 with a five-day holiday, boosted demand for fresh vegetables and fruits.

The price index for service bills like rent and health care fees also advanced 1.9 percent on-year to lend support to the overall increase.

But the rise was offset by a drop in public utility bills and gasoline prices last month on the government-led program for a temporary electricity price cut for the July-September period amid the sizzling summer.

The prices of electricity and fuel gas tumbled 13.9 percent on-year in September, with that of gasoline at the pump falling 7 percent. 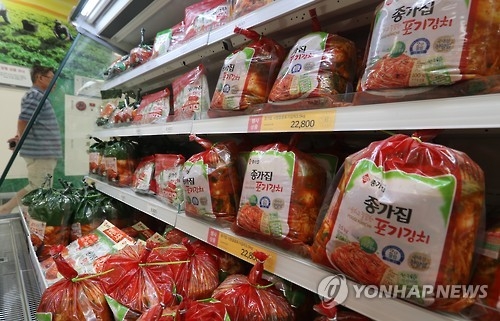