The typhoon led to a blackout at 25,000 houses across the island, and one man has gone missing while working on a fishing boat anchored at a dock, the Ministry of Public Safety and Security said.

Flights departing the island are being canceled, while 77 domestic and international sea routes have been temporarily suspended.

Typhoon Chaba, packing winds of up to 39 meters per second as of 6:00 a.m., is set to reach the country's southern port city of Busan, before heading towards Japan through the East Sea. 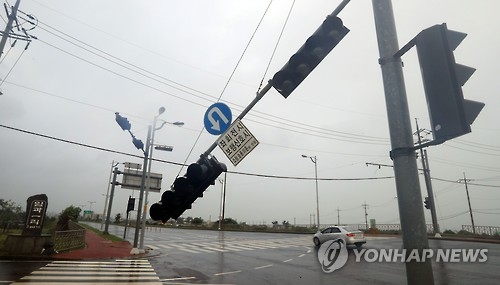