SEOUL, Oct. 5 (Yonhap) -- A large number of South Korean parents have given assets to their children over the past five years due mainly to the country's low effective gift tax rate, an opposition lawmaker said Wednesday.

In a report based on data by the National Tax Service, Rep. Park Kwang-on of the main opposition Minjoo Party of Korea said 26,227 South Korean minors under 19 years of age received a combined 3.05 trillion won (US$2.75 billion) in donated fortunes from their parents between 2011-15.

That translates to an average of 116 million won in gifted assets per minor.

Bank deposits and other financial assets took the lion's share with 1.12 trillion won, or 36.8 percent, followed by real estate with 984.7 billion won and securities with 760.7 billion won.

The report showed the amount of donated assets increased as the donors became older.

Slightly over 2,200 of the gift receivers were less than two years old, with their gifted assets totaling 196.9 billion won. Approximately 12,000 adolescents aged 13 to 18 had some 1.5 trillion won given to them during the five-year period.

"The country's effective gift tax rate is too low and only 47 percent of the donors pay taxes," Rep. Park claimed. "Efforts should be made to raise the effective tax rate to a level to which the whole nation can agree." 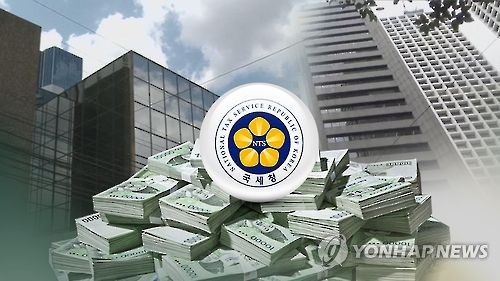 Low taxes spur parents to give assets to children

Low taxes spur parents to give assets to children