SEOUL, Oct. 5 (Yonhap) -- The average prices of DRAM and NAND flash memory chips are expected to significantly improve in the fourth quarter, helped by stronger demand for notebook computers and a supply shortage in the NAND flash market, according to industry data on Wednesday.

The average contract price of DRAM for personal computers rose 7.4 percent on month in September to US$14.50 and the price for the fourth quarter "will reach its highest point in two years due to stronger-than-expected notebook demand worldwide," DRAMeXchange said in a statement.

"At the same time, the NAND Flash market is experiencing shortages," DRAMeXchange added. "In the fourth quarter, the average selling price of eMCP will increase by 10-15 percent versus the prior quarter."

The embedded multi-chip package (eMCP) memory is comprised of NAND flash memory chips and other parts. 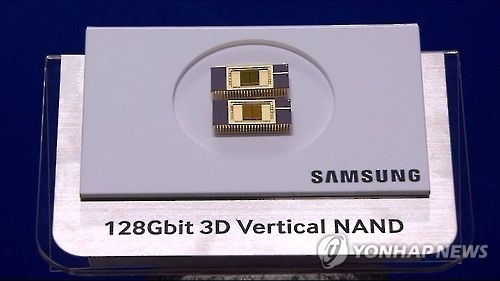 Prices of DRAM, NAND chips to significantly improve in Q4

Prices of DRAM, NAND chips to significantly improve in Q4