SEOUL, Oct. 5 (Yonhap) -- Soyul of Crayon Pop is on temporary leave from group activities due to a panic disorder, said her agency, Chrome Entertainment, Tuesday.

According to the company, Soyul had headaches and dyspnea during the album preparation and her health has deteriorated to where she can no longer stand on stage.

The artist showed strong passion for the group's current album, as she even participated in the cover design. However, despite her enthusiasm, Soyul will be on hiatus with the remaining four continuing with promotional activities.

"We consider Soyul's health the top priority right now and we will do our best to help her recover soon," said the company.

"Soyul expressed her apologies to fans, and said that she will join the four members as soon as she gets well," it added.

Crayon Pop released "Crayon Pop 1ST ALBUM [Evolution pop_Vol.1]" on Sept. 26, and has been carrying out promotional activities ever since. 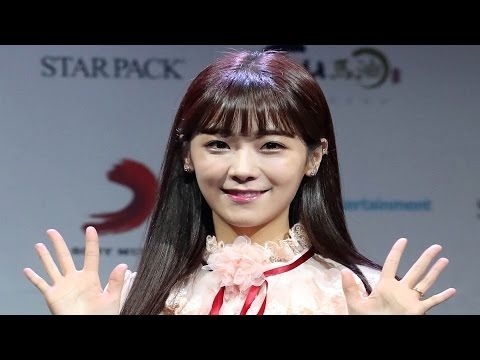 Crayon Pop Soyul on temporary leave due to panic disorder

Crayon Pop Soyul on temporary leave due to panic disorder