SEOUL, Oct. 5 (Yonhap) -- South Korean boy group SHINee released a music video for its new title track "1 of 1" from its fifth and latest LP on Wednesday.

The term "new jack swing" comes from the hip-hop "swing" beats of drum machines mixed with hardware samplers and R&B vocal techniques. The genre's heyday stretches back to the 1980-1990 period.

The nine-song album also includes "Prism," "U Need Me," "Don't Stop," "Shift," "So Amazing," "Don't Let Me Go," "Feel Good," and "Lipstick." Of the nine songs, Jonghyun composed "Prism" with six other composers.

For every release, SHINee's albums have been loved by the public and accoladed by music critics giving them the title "idol of the critics."

The idol group's album was released on Tuesday at midnight. The five-member act kicked off their many promotional activities with various music programs. 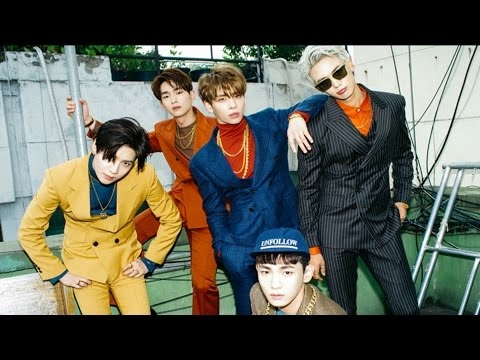