The 1.5-megawatt lab will be built in the administrative capital of Sejong City, about 120 kilometers south of Seoul.

If completed, South Korea will become the world's fourth country to have a megawatt laboratory for photovoltaic technology after the United States, Germany and Japan, officials said. 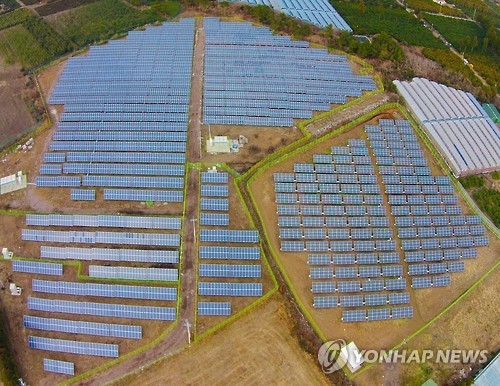 To build the lab, the Ministry of Trade, Industry and Energy and the National Agency for Administrative City Construction signed a memorandum of understanding on Wednesday.

The lab will allow companies to test their solar-powered products in accordance with regulations before they commercialize them.

So far, Korean firms have carried out such tests at foreign labs after paying high usage fees.

The ministry will also build megawatt labs for photovoltaic technology in the cities of Gyeongsan, 331 kilometers southeast of Seoul, and Naju, 350 kilometers south of Seoul.

A lab in Gyeongsan will test various solar-power modules, while another lab in Naju will certify core parts of solar-powered products, according to the ministry.
(END)