SEOUL, Oct. 5 (Yonhap) -- A former prime minister was quoted by political sources on Wednesday as saying that U.N. Secretary-General Ban Ki-moon will run in the upcoming presidential race, a move which may bring key changes in the election amid the lack of popular figures among the conservative bloc here.

"I think Ban has clearly made up his mind," said Kim Jong-pil, a former prime minister and an iconic conservative politician, during a meeting with close figures last week.

Kim, however, declined to comment further on the background of the remark. Kim met Ban personally during the U.N. head's visit to South Korea in May.

Ban has been cited as one of the potential candidates for the country's presidential race slated for late 2017, although he has never expressed a clear stance on the speculation.

During Ban's recent meeting with floor leaders of South Korea's ruling and opposition parties in the United States, he also refrained from making any comments on the speculation.

Despite maintaining such a stance, many in the opposition have expressed concerns that the popular U.N. chief may become the standard bearer for the conservative Saenuri Party. 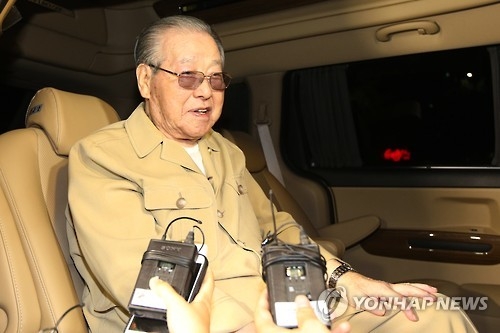 Ban has made up his mind to run for president: former PM

Ban has made up his mind to run for president: former PM