With a 5.7-inch screen and better camera capabilities, the A8 smartphone is touted as the closet mid-range smartphone to the flagship Galaxy S series. 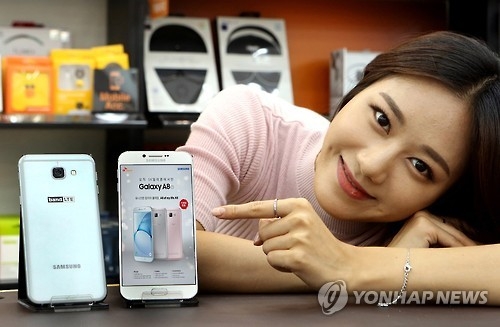 SK Telecom also plans to release its own budget smartphone, the Luna 2, this month.

Designed by SK Telecom and manufactured by Taiwan's Foxconn as a contractor, the Luna 2 smartphone is equipped with fingerprint recognition.

Industry observers expect competition for the mid-range smartphone segment to heat up until Apple Inc. releases its iPhone 7 in South Korea late this month.
(END)