(ATTN: UPDATES and RESTRUCTURES with relocation of events in paras 4-5)

With the festival's opening just a day away, organizers scrambled to prevent further damage to the BIFF Village set up on Haeundae beach where various press conferences and hand-printing events have been scheduled for the participating actors and filmmakers. 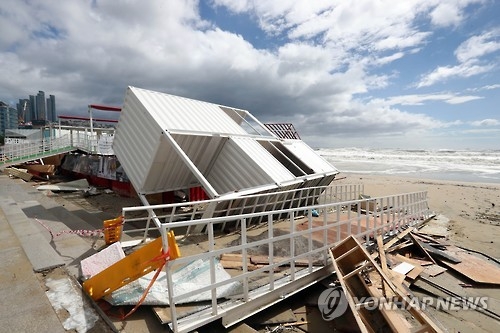 "I'm glad the typhoon didn't come on opening day, but I'm still very worried by the damage it's done to BIFF Village," said one festival organizer. "We're bringing in as many people as possible to make sure the event goes according to plan."

Organizers prepared for the typhoon by fastening containers to the ground and leaving some of the structures incomplete, but the rainstorms sent wooden walls and screens flying and pushed sand into the pavilions.

All events scheduled for BIFF Village have been moved to Dureraum Square at the Busan Cinema Center as it could take at least three to four days for the facilities to be reconstructed again, organizers said.

The annual festival, which will run through Oct. 15, is set to show a total of 299 movies from 69 countries, including 122 films that will premiere at the event. 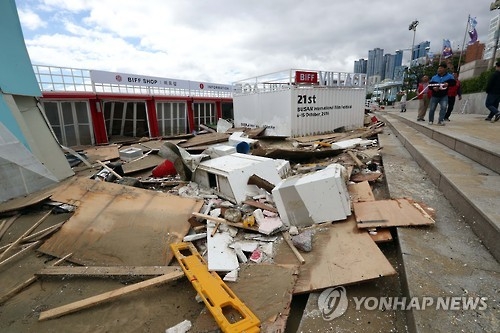