SEOUL, Oct. 5 (Yonhap) -- Prosecutors said Wednesday they will seek the criminal extradition of a former head of Oxy Reckitt Benckiser amid an ongoing probe of the firm's deadly products that claimed many lives here.

Under the plan, the prosecutors will seek to bring Gaurav Jain, an Indian national residing in Singapore who currently works for Britain-based Reckitt Benckiser, to South Korea to further the investigation.

Prosecutors said they will provide translated investigation records as well as an arrest warrant and ask the justice ministry to request the extradition from its Singaporean counterpart.

The so-called humidifier disinfectant case that rocked South Korea came to light after four pregnant women died of lung problems from unknown causes in 2011. A government-led investigation confirmed a connection between the victims and the chemicals used to clean household humidifiers.

Among the 221 victims confirmed by South Korea, 177 had used Oxy products. Out of 90 deaths, 70 are believed to have been caused by products made by the British company.

Jain headed Oxy for two years starting May 2010 and is currently suspected of fabricating test results. His predecessor John Lee was also investigated earlier in July on alleged negligence that resulted in death.

The former head denied the speculations raised against him in previous written testimonies, adding that he was not aware of the details related to the disinfectant. 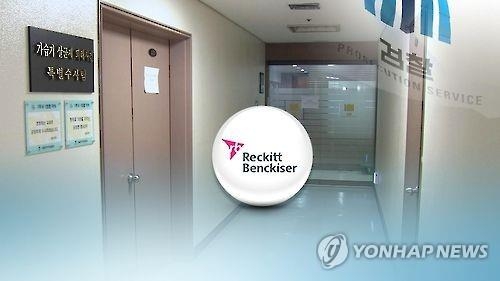