SEOUL, Oct. 5 (Yonhap) -- Hyundai Motor Co.'s automaking plant and other industrial facilities in a typhoon-hit region were briefly suspended on Wednesday, but serious damage was not reported, industry sources said.

Heavy rainstorms struck the resort island of Jeju as well as other major cities in southern South Korea earlier in the day as Typhoon Chaba approached the Korean Peninsula.

Two factories at Hyundai Motor's plant in Ulsan, 410 kilometers southeast of Seoul, were suspended for hours due to flooding.

One of the automaker's plants has been suspended so far since 11:40 a.m., while the other factory was briefly suspended for three hours from noon, according to Hyundai Motor. 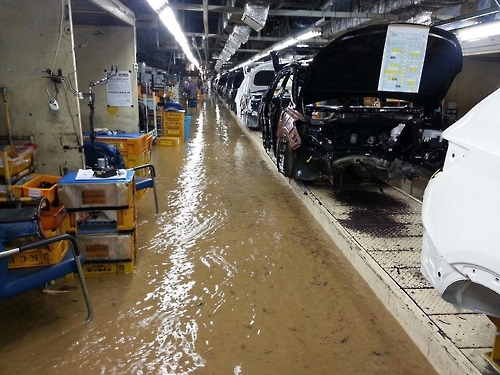 Daewoo Shipbuilding & Marine Engineering Co., a major shipyard, also suspended operations on the southern island of Geoje due to a blackout caused by the typhoon.

"There was no serious damage reported, but operations are not going smoothly," said a company official.

Major petrochemical plants in Ulsan flooded, but the facilities did not have any serious damage. 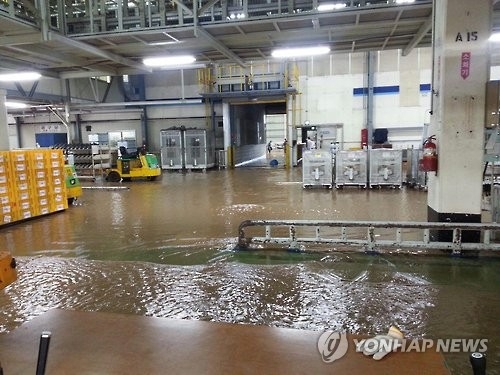