ULJU, South Korea, Oct. 5 (Yonhap) -- The Ulju Mountain Film Festival (UMFF), the first of its kind in the country, has drawn the curtain in the southeastern county of Ulju following the five-day showing of almost 80 movies from around the world.

During the closing ceremony of the festival on Tuesday, the documentary film "Jurek," directed by Pawel Wysoczansk, won the top prize of 20 million won (about US$18,000) in the section of international competition. The flick details the life of Polish mountaineer Jerzy Kukuczka during the country's socialist years.

After receiving the prize, Wysoczansk wished that the festival would evolve to be held 100 times. 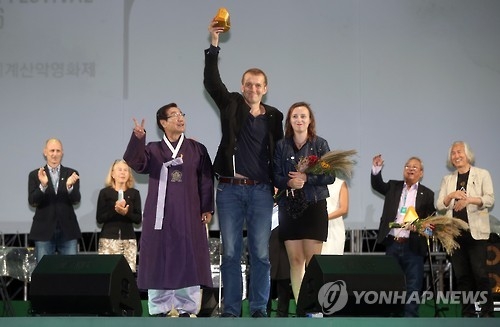 Ulju County chief Shin Jang-yeol, who served as head of the UMFF organizing committee, was jubilant over the festival's success, asking the participants to the ceremony for further support for the film festival and saying, "It will be borne in better shape next year." 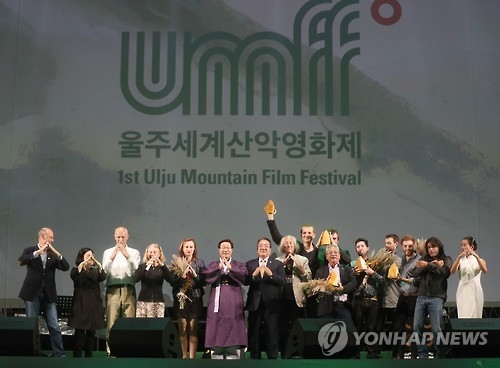 Han Sung-ryul, head of the Ulju municipal assembly, vowed to give enough financial support to the municipality so that the festival will continue to be successful down the road.

The awarding of the prizes was followed by performances by singers Park Sang-min and Lee Eun-ah, showing "Jurek" as the film marking the closing ceremony and a party for filmmakers in the international competition.

A total of 182 movies from 40 countries were presented during the Sept. 30-Oct. 4 film festival, with 78 of the movies from 21 countries shown. The international competition drew together 24 films.

The international film festival kicked off with "Meru," co-directed by married couple Jimmy Chin and Elizabeth Chai Vasarhelyi. The opening film is a 2015 documentary chronicling the first ascent of the "Shark's Fin" route on Meru Peak in the Indian Himalayas. 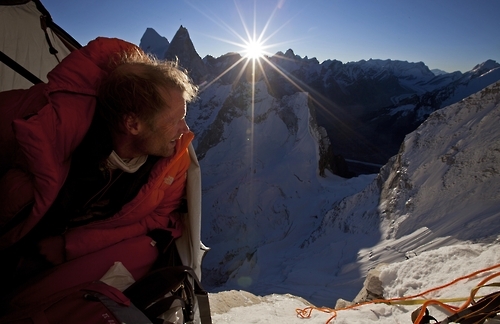 Reinhold Messner, a legendary German alpinist who has conquered all 14 peaks of the Himalayas without supplemental oxygen, was invited to the festival. The 72-year-old alpinist, who made a visit to South Korea for the first time, delivered a special lecture on his life at the festival.

The festival also offered visitors a variety of events including an alpine trek, a visit to a mock base camp in the Himalayas and a virtual reality experience of the Yeongnam Alps, a group of tall mountains in the Yeongnam region of southeastern South Korea. 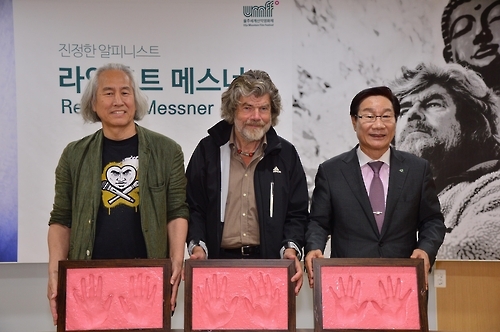