SEOUL, Oct. 5 (Yonhap) -- Prosecutors said Wednesday they have launched an investigation into a recent scandal involving two non-profit foundations over allegations of abuse of power in the raising of funds.

The announcement came less than a week after a local civic group filed a petition with the Seoul Central District Prosecutors' Office seeking an investigation into senior presidential secretary An Chong-bum and Choi Soon-sil, ex-wife of President Park Geun-hye's former aide Jeong Yun-hoe, on charges of bribery.

The civic group said the two and the presidential office Cheong Wa Dae are suspected of being involved in raising some 80 billion won (US$72 million) won in funding for the Mir and K-Sports foundations from the country's major conglomerates.

The foundations were created to promote cultural content that can contribute to national economic growth.

It also asked the prosecution to look into the foundations' chiefs, the head of the Federation of Korean Industries (FKI) and CEOs of 62 companies who took part in providing funds, by claiming a breach of trust. The group claimed they allegedly donated the money expecting business favors in return.

The FKI announced the two foundations will be disbanded and merged into a new one to bolster efficiency. The move was taken shortly after the petition was filed.

The presidential office has flatly denied all allegations raised, with the FKI also stressing that there were no irregularities involved in the fundraising.

During a recent meeting with her senior secretaries, President Park brushed off suspicions raised, mainly by her detractors, as slander and countered that making unproven allegations will only contribute to fueling social chaos at a time when people need to come together.

Prosecutors are also investigating Rep. Cho Eung-chon of the main opposition Minjoo Party of Korea, who first brought up the allegations, after a separate petition was sought against him on charges of defaming Park. 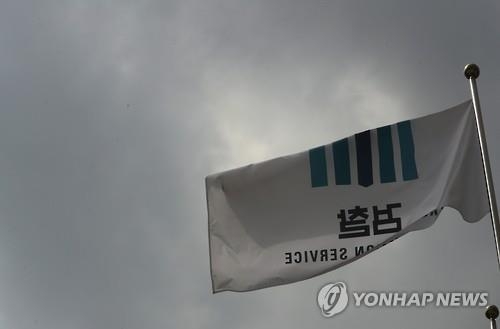