The stake in Lotte Holdings owned by Seo Mi-kyung, 57, and her 33-year-old daughter is the largest share among the founding family members of South Korea's largest retail conglomerate.

The latest revelation related to Lotte founder Shin Kyuk-ho's secretive common-law wife came as prosecutors have been looking into Lotte's alleged wrongdoings since they launched full-fledged raids into the group's headquarters in June. 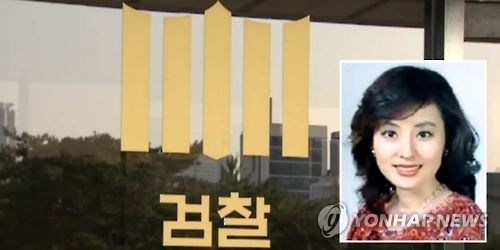 Last month, the Seoul Central Prosecutors' Office implicated Seo in tax evasion of 29.6 billion won (US$26.6 million). Seo, who has been staying in Japan, has not complied with prosecutors' repeated summons and her passport has been nullified.

Out of 13.3 percent stakes held by the founding family, Shin Kyuk-ho has a mere 0.4 percent share in Lotte Holdings and his first daughter, Young-ja, owns 3 percent. The 74-year-old daughter was indicted in July on charges of embezzlement, bribery and breach of trust.

Dong-joo, Shin's first son and the former vice president of Lotte Holdings, and Dong-bin, the second son and Lotte Group chairman, each hold 1.6 percent and 1.4 percent in the firm. The rest of the shares were owned by employees' association and a Japan-based company, according to the sources.

The comparatively large stakes held by Shin's third wife and her youngest daughter, who are not directly involved in Lotte's management, have raised questions under what circumstances the founder handed over more stakes than his three children and himself.

Industry watchers say Seo's stakes could emerge as a critical factor because the first son has vowed to continue his battle against his younger brother to gain control of the business empire despite his failed board room coup and other legal battles over the past year.