SEJONG, Oct. 6 (Yonhap) -- The South Korean government said Thursday that it will purchase all of this year's rice surplus as part of efforts to deal with a chronic supply glut of the staple crop.

The Ministry of Agriculture, Food and Rural Affairs projected that some 300,000 tons of rice will be in excess this year, as the estimated 4.2 million ton supply will outnumber the 3.9 million ton demand. 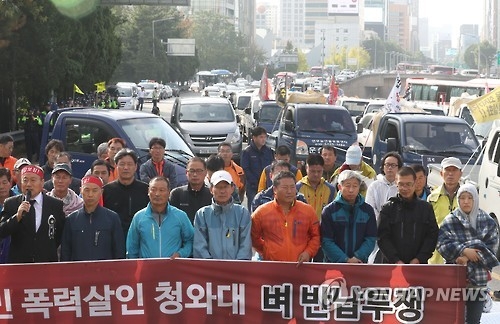 "The government will pull the total rice oversupply out of the market before the end of this year," said the ministry. "The exact amount of the government purchase will be fixed in November."

In addition to the plan to purchase the excess, the government will buy some 390,000 tons of rice for public stockpiling.

The annual rice consumption of the South Korean population has been on a sharp decline for decades due mainly to changes in diet and eating habits.

Per capita rice consumption reached 62.9 kilograms per year in 2015, sharply down from the 128.1 kg tallied in 1985, according to the data compiled by Statistics Korea. 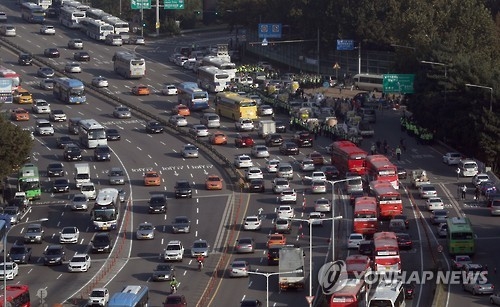 The sharp decrease in rice consumption and a bumper harvest year in 2015 led to a surge in the total stock of the country's staple grain, with rice production reaching a six-year high of 4.33 million tons. The rice production is expected to hit a fresh record for 2016 on another rich year.

The rice inventory reached 1.75 million tons as of August, far beyond the recommended level of 800,000 tons by the United Nations Food and Agriculture Organization.

The government spent more than 3 trillion won (US$2.7 billion) to support the rice price, which has been hovering around 135,000 won for nearly 20 years, through giving out subsidies to rice farmers and purchasing oversupplied rice. 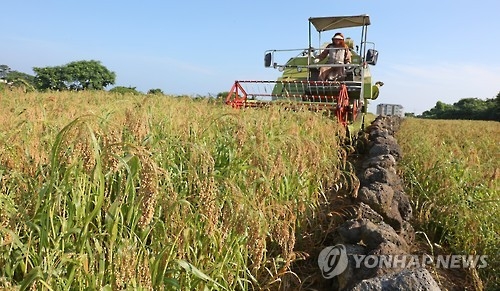 Gov't to purchase all surplus rice to stabilize market prices

Gov't to purchase all surplus rice to stabilize market prices