SEOUL, Oct. 6 (Yonhap) -- South Korean lenders are expected to be more picky in extending loans in the fourth quarter of 2016 amid concerns about the growing credit risks of firms and households, the central bank said Thursday citing a related survey.

The lending attitude index for banks stood at -18 for the September-December period, the same for the previous quarter, according to the Bank of Korea (BOK).

The negative figure means more lenders predicted the tightening of lending standards than those seeking to ease relevant criteria.

"In general, banks' lending attitude will continue the tightening trend," the BOK said. "It's because the financial soundness of conglomerates and small-and medium-sized firms may exacerbate amid a slump in their business and households face the possibility of higher credit risks due to slow growth in their income level."

The index for mutual savings banks stood at -13, the lowest since the related data were first compiled in the last quarter of 2013. 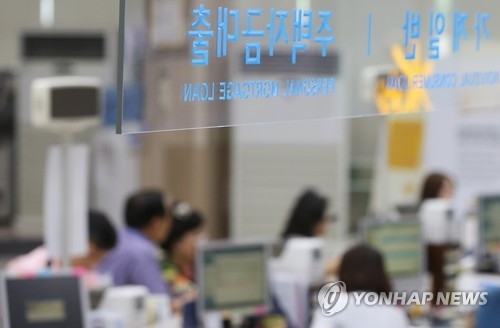 Banks to be tough on lending screening: BOK poll

Banks to be tough on lending screening: BOK poll