SEOUL, Oct. 6 (Yonhap) -- The Galaxy Note 7 smartphone of Samsung Electronics Co. has been rated as a cell phone with the lowest electromagnetic radiation level, according to a survey by a technology media website on Thursday.

The survey by CNET's French website showed that the Note 7's specific absorption rate (SAR) for cell phone radiation was 0.249 W/kg (watts per kilogram averaged over one gram of tissue). 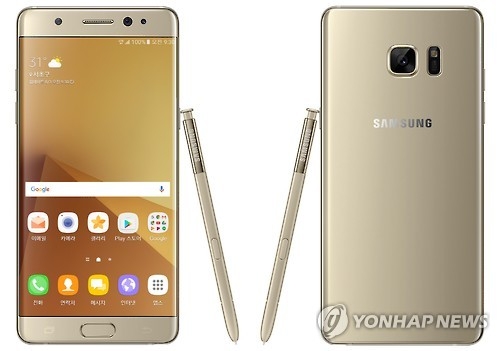 The Galaxy smartphones dominated the list of the top 10 lowest radiation cell phones with the Galaxy S7 Edge coming second with 0.264 W/kg.

In contrast, Huawei's Honor 8 smartphone was rated as the highest radiation cell phone with 1.5 W/kg.