The announcement was made by YG Entertainment, and released with a teaser poster on its official blog.

The song, which will be released Friday at midnight, is the first new material from the group since it disbanded in 2000.

Following the breakup, the members went their separate ways. It was only this past April that they were reunited after 16 years and appeared on popular variety show, "Infinite Challenge."

After signing an exclusive contract with YG Entertainment, the members have been preparing for their long-awaited return. It was also hinted at during the "2016 SECHS KIES CONCERT YELLOW NOTE" held last month in Seoul.

Sechs Kies debuted in April 1997 and went on to become one of the most iconic K-pop boy bands in the 90s. Even after its disbandment in May 2000, the band's greatest hits, including "Hakwonbyeolgok," "Pomsang Pomsa," "Couple" and "Come Back," remain among the most popular songs played in 90s-themed bars in Seoul. 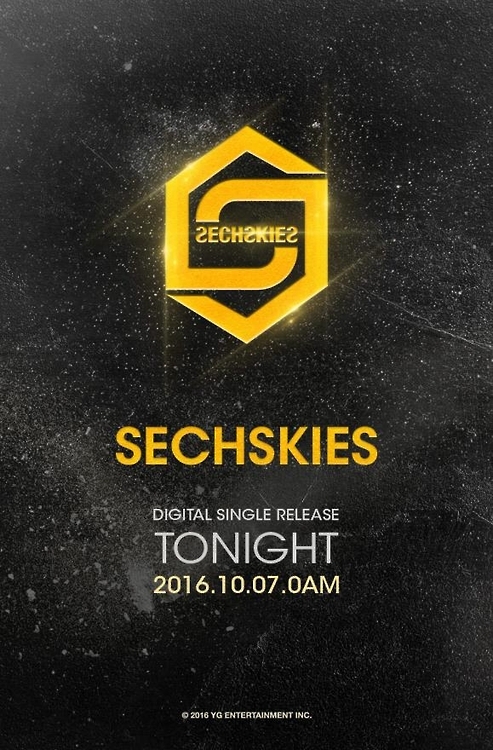