SEOUL, Oct. 6 (Yonhap) -- Moon Jae-in, a former head of the main opposition Minjoo Party of Korea, on Thursday hosted a symposium in preparation for the launch of his think tank as he gets ready for next year's presidential race.

Moon, who stepped down from the party's leadership earlier this year, ran against and lost to President Park Geun-hye for South Korea's top elected office in late 2012.

He still beats other liberal figures in major polls about the most preferred candidates to be the next president.

During the symposium, Moon said South Korea needs major changes to fight against corruption, adding the next administration must seek to overhaul the country so as to improve the livelihoods of the people.

"The administrations of Lee Myung-bak and Park Geun-hye completely failed. It will be remembered as a 10-year period of humiliation," Moon claimed.

"Everybody wants a change in the administration, but it cannot be our ultimate goal. We need to reorganize the national economy. We need to change the nature of the economy to fundamentally change the livelihoods of the people," Moon added. 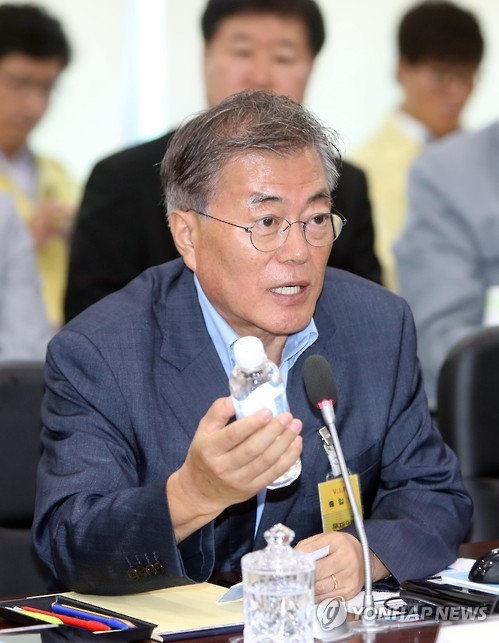