SEJONG, Oct. 6 (Yonhap) -- South Korea's government and public institutions will place orders with small and financially troubled shipbuilders within this year, the trade ministry said Thursday, in an apparent move to help put them back on track amid a prolonged economic slowdown.

The government is planning to have small, financially weak shipyards build military and other public-purpose ships worth 4.2 trillion won (US$3.7 billion) as they have suffered from sharp declines in orders by their overseas clients in recent years.

Trade, Industry and Energy Minister Joo Hyung-hwan made the pledge in a meeting with executives of local shipbuilders in an industrial complex in the country's southwestern county of Youngam. 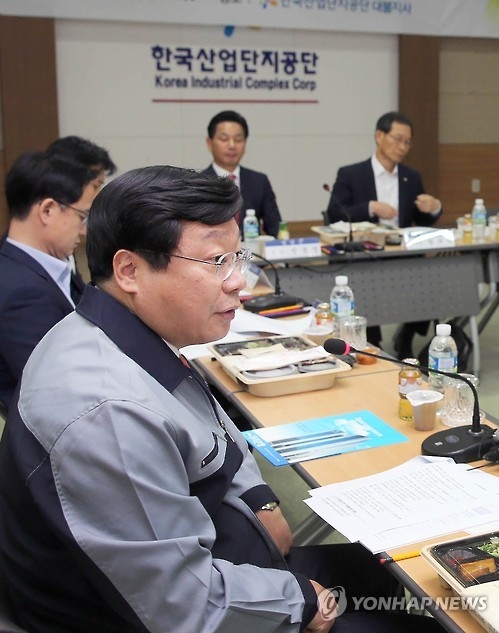 The ministry said the government and public institutions will move forward their scheduled orders by several months to provide assistance to the country's small and medium-sized shipbuilders. It had planned to place the orders in the first half of next year.

After being hit hard by the 2008 financial crisis, South Korean shipbuilders have been under a severe financial strain due to oversupply and declining orders.
(END)