BUSAN, Oct. 6 (Yonhap) -- South Korean film director and actor Yang Ik-june on Thursday urged the sponsors of the Busan International Film Festival (BIFF) to respect the freedom of expression in art, criticizing what he called the increasing political influence over artists' everyday lives.

In a press conference for the world premiere of "A Quiet Dream" in which he co-starred, the 40-year-old actor faced questions about having written "Crazy Korea" in his Facebook page some hours before arriving to Busan for the film screening. At the media event, Yang corrected the meaning of the controversial phrase to "Crazy Busan," pointing at the municipal government of Busan which sponsors the controversy-mired annual film festival.

"I fell for movies because they let me express what I've got inside me," he said, claiming that it is wrong to force artists into embracing only certain political views. 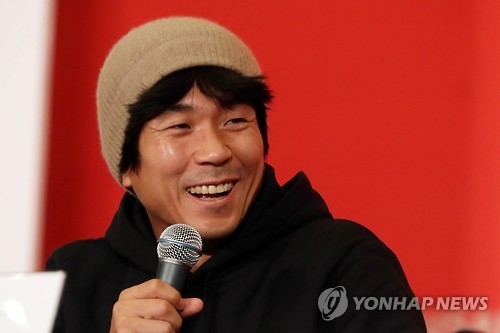 The comment is reflective of the feud between the BIFF and the sponsoring city concerning allegations that the film festival chose from the submitted works according to their political orientations. The controversy blasted in 2014, when the festival's former chief organizer Busan Mayor Suh Byung-soo allegedly disapproved the screening of the documentary film "The Truth Shall Not Sink with Sewol," also known as "Diving Bell." As a result, some South Korean film groups agreed to boycott this year's event.

Yang hoped that the BIFF would grow into a more autonomous event in a couple of decades.

He said, "All I want is to relax and have a life. But I don't get why it has become imperative that (actors) are pushed into talking about politics in pubs and dream of presidents while sleeping." 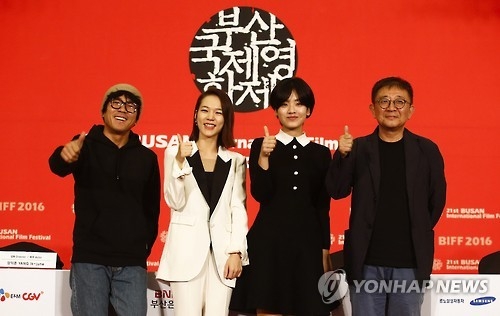 The press conference was arranged to share insights from director Zhang Lu and lead actors about the retro-style drama film, which is to open the 21st BIFF. Zhang, Yang and actresses Han Ye-ri and Lee Joo-young were present at the event, but two lead actors, Park Jung-bum and Yoon Jong-bin, did not show up.

Yang plays one of the three young men who fall for pretty young girl Ye-ri, who lives with a physically impaired father, in the 101-minute black-and-white film that unravels the warm, compassionate nature of socially estranged people.

The lead characters' names are exactly the same as their stage names, adding to the genuine atmosphere of the work. The characters, however, are de-facto duplicates of the actors' previous roles. Yang's character, for instance, has a striking resemblance to Sang-hoon, the lead character of the drama "Breathless" that he wrote, directed and starred in 2008.

"I was mad when I first read the scenario -- because it undid all of my efforts to scrap my (fixed) image of Sanghoon in 'Breathless,'" Yang said.

In the filmmaking process, he tried to create a new character, a distinctive young man who is tough but has a warm heart.

The 10-day film festival runs till Oct. 15, featuring a total of 299 films submitted from 69 countries. 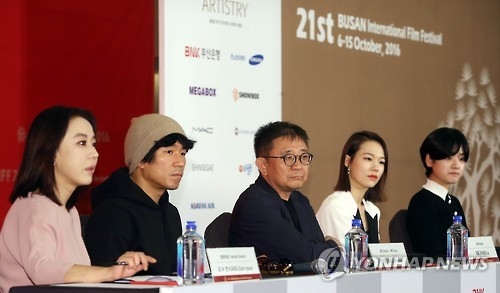 Director-actor calls for freedom of expression in BIFF

Director-actor calls for freedom of expression in BIFF