BUSAN, Oct. 6 (Yonhap) -- Zhang Lu is a Korean-Chinese filmmaker many of whose films have been screened in major international film festivals but is less known in South Korea. 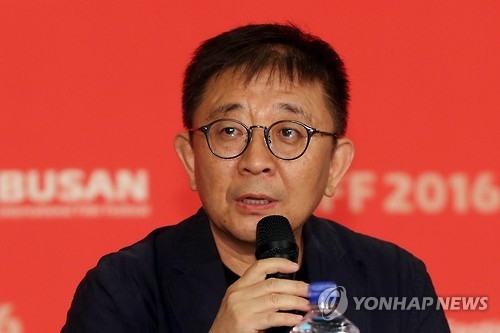 This year, Zhang came a step closer toward viewers by telling the story of a young woman who runs a bar and takes care of her paralyzed father and three flawed men trying to woo her in "A Quiet Dream." Its original Korean title is "Chunmong," a Korean word meaning a dream of a spring day.

"I think the audience would feel much more familiar with this film than my previous works. They were surely apart from the audience although 'being distant' does not mean they were wrong," the director told reporters at the film festival.

Zhang said he realized this change in his filmmaking style only after the film was chosen to open the 21st edition of the Busan International Film Festival.

"I positively thought when my editing and sound effect staff said while watching the film together with me that my film became more kind and funnier. Now that the festival selected it as the opening film, I realized that I got a lot closer to the audience." 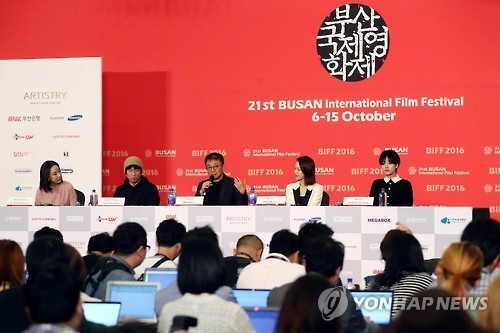 The 54-year-old director said he wanted to portray an old sentiment of warm friendship between neighbors, which is gradually disappearing in the highly industrialized modern-day Korea.

"I depicted this sentiment through the story of three men and a woman who take care of, help and depend on each other living in the same town," he said.

Despite the narrowed distance with moviegoers, he said that his films would remain unchanged in their hearts.

The main protagonist Ye-ri (Han Ye-ri) is a young Korean-Chinese woman who lives a tough life by running a bar and taking care of her unconscious, paralyzed father in Seoul. And the three men Ik-june (Yang Ik-june), Jong-bin (Yoon Jong-bin) and Jung-bum (Park Jung-bum) are a tough guy, a mentally retarded man and a melancholic North Korea defector without proper jobs who always hang around at the bar. They compete to win Ye-ri's affection, but she tries to share her love equally with all three like a benevolent mother.

For this story, Zhang borrowed the three main characters from the three director-actor's internationally acclaimed feature films -- the vagabond in "Breathless" by Yang, the private in Yoon's "The Unforgiven" and the North Korean defector in Park's "The Journals of Musan." The directors each played each protagonist in their own films.

"Watching these three talented directors on the same screen is a lot of fun," Kang Soo-youn said during the news conference.

Questioned why it was made into a black-and-white film, he answered, "That's because when I dreamed, the dream has always not been colorful."

The Busan film festival is scheduled to run on Oct. 6-15 in this southern South Korean port city of Busan.