"(The areas where VR can be applied) can be infinite," Park said at the exhibition.

"This will help create new jobs, which will contribute to our country's efforts to make a great economic leap," she added. 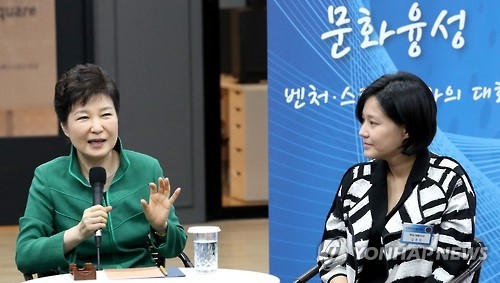 The chief executive also pledged to offer more "systematic" government support for VR-related companies, calling on them to push to develop the technology sector with the "pioneer spirit."

In a separate meeting with entrepreneurs, Park stressed the need to create a climate in which intangible assets such as VR-related content are respected.

She made the remarks as some VR firms complained about their difficulty attracting investment and getting loans from banks that appraise firms based largely on their tangible assets.

"Now, (financial institutions) should look into the future or potential of each company and recognize its intangible assets, based on which they can make their investment," the president said. "We should make a change (in this direction)."

The world's VR hardware and software market is expected to rise to $2.2 billion this year with a figure projected to reach $80 billion in 2025, the presidential office Cheong Wa Dae said, citing data from global investment giant Goldman Sachs. 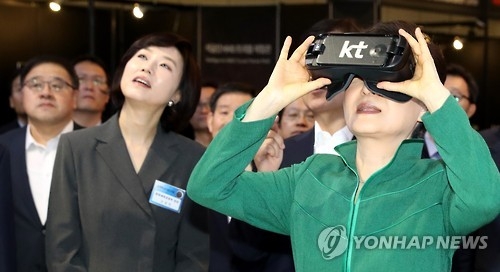