SEOUL, Oct. 7 (Yonhap) -- A retirement ceremony has been scheduled for the South Korean golf legend Pak Se-ri during an LPGA Tour event on her native soil next week, organizers said Friday.

Pak, a World Golf Hall of Famer, will play her final competitive tournament at the LPGA KEB Hana Bank Championship starting next Thursday at Sky 72 Golf & Resort's Ocean Course, adjacent to Incheon International Airport. And the event's local organizers said a ceremony commemorating Pak's accomplishments will take place by the 18th green after the completion of Pak's first round.

Pak, who counts five majors among her 25 LPGA victories, put together a trailblazing career as one of the first South Korean stars on the U.S. tour. She captured two majors as a rookie in 1998, and her playoff victory at the U.S. Women's Open that year is credited with inspiring a whole generation of youngsters -- referred to as "Se-ri's Kids" -- to pick up golf. The group includes reigning Olympic champion Park In-bee, an LPGA Hall of Famer, and former world No. 1 Shin Ji-yai.

Pak was the South Korean team coach when Park won the gold medal at the Rio de Janeiro Games in August. 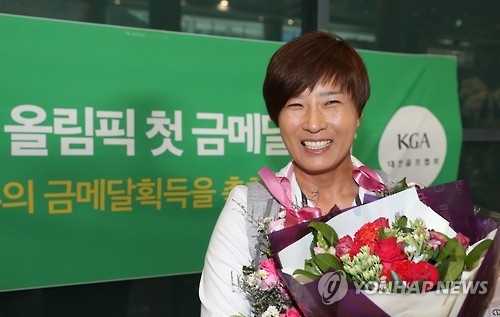 Pak's meteoric rise in women's golf also coincided with the financial crisis in South Korea in the late 1990s, and her heroics on the links were seen as a source of hope and courage for the struggling people back home.

The organizers said the ceremony will be open to the gallery, and young golfers who were inspired by Pak are also expected to attend to celebrate the great career.

Now 39, Pak said she'd like to help create an environment where retired athletes can still become "contributing members of society" after their competing careers are over.

"I'd like to learn more about that possibility, and I've still got ways to go," she said in a statement released by the tournament organizers. "And I'd really love to help out on that front. And once I set a goal for myself, I won't quit irresponsibly. I will try to get things done."