SEOUL, Oct. 13 (Yonhap) -- Getting rid of everything but the essentials in her home started from a simple source of motivation for Hwang Yun-jeong.

The 47-year-old special education teacher, wife, mother of three children and dog owner no longer wanted to spend much time on cleaning, washing dishes and an endless list of household chores after returning home from work.

What first caught her eye was a pile of clothes that she had not been wearing for years. Then she moved on to flowerpots and a fishbowl, which she had wanted at the time of purchase but at some point turned into nuisances. And so it began. It was September 2014.

Two years later, tens of thousands of South Koreans have joined the movement and started decluttering their houses, living the so-called minimalist lifestyle.

Hwang is now the manager of an online community with over 45,000 registered users sharing their minimalist experiences, as well as the author of a book on living a minimal life here. 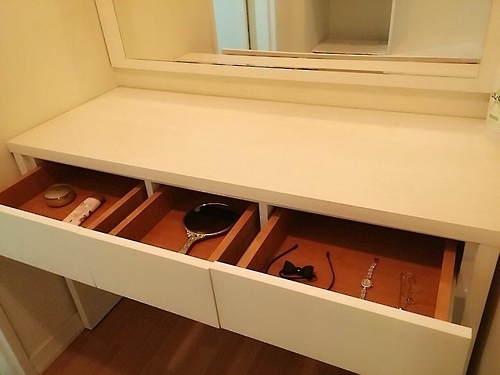 "If you start decluttering, you will be surprised how we live surrounded by stuff we don't even use," Hwang said in a recent interview with Yonhap News Agency. "And just by getting rid of them, you can focus more on things you care about."

Hwang's book, published last month, is one of the first books on living a minimalist life written by a Korean author amid a number of others from Japan and western countries.

Though many people think the trend here originated from its neighboring country Japan, Kim Min-hye at Ntree, who was in charge of publishing the book, said the drive seems quite different.

"Japan traditionally has a culture of living in very small houses, which led its people to minimize everything," Kim said. "The recent series of quakes that struck the island country also contributed to the boom in Japan as people found that a lot of furniture can easily turn into deadly weapons in case of an earthquake."

In South Korea, which remains relatively safe from such natural disasters, it is more of the change in family type and perception of consumption that induces many people to live in a minimalist way, according to experts.

The surge especially comes along with the rising number of working women in the country. 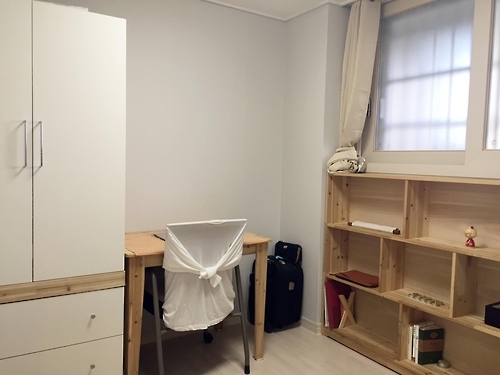 Just like Hwang, 24-year-old social worker Kim Bo-min started emptying her house when she realized that neither of her working parents nor she had energy left to do chores after work.

"My mom was often irritated by looking at all the things she had to do after long working hours," she said. "Now that the house is always clean, there is really not much to do for all of us."

According to the data by Statistics Korea, some 5.2 million households had both husband and wife working, accounting for 43.9 percent of all South Korean married couple households, as of October last year.

"Everyone would have their own motivations for why they chose to live with less stuff, but it basically seems like an effort to find an alternative to the current excessive and conspicuous consumption trend," professor Kim said. "It is quite natural that the minimalist lifestyle surfaced as a reaction in a society where people endlessly consume and brag about their consumption."

Professor Lee Seung-sin at Seoul's Konkuk University said the new trend of living with less is also related to the development of the idea of responsible consumption.

"Many people start living the minimalist life, overwhelmed by all those things, or because they are too busy to handle them but in the end, they pay more attention to what they buy and what kind of impact it has on our society," she said. 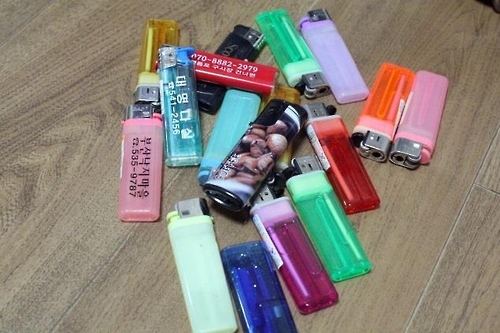 The 47-year-old Hwang now has a "no shopping" project.

The only thing she has bought for the last 10 months -- except for groceries and other daily necessities -- is a pair of shoes, she said.

"I felt sort of guilty to face the amount of trash I have created while decluttering," Hwang said.

In the beginning, living a minimalist life was more related to a simple and tidy interior that reminded her of northern European design, but now, the focus has clearly shifted to the environmental and social impact of buying and throwing things away.

The members of the minimalist online community actually share information on where and how they can donate things they do not use anymore.

According to the non-governmental Beautiful Store Foundation, the number of contributed items have been constantly increasing from some 10 million in 2014 to over 12 million last year. The number reached 11.9 million as of early October this year.

"We see the increase as an indication of more people embracing the idea of recycling and donation," activist Jo Sang-eui said. "The recent trend of the minimalist lifestyle seems to have had an influence on that as well."

Still, many, even the minimalists themselves, remain skeptical that this trend would become mainstream.

"Right after this whole living simple thing became all the rage, household goods companies used it as a marketing point, telling people to throw away stuff and buy new ones: their products," Hwang said.

"We are living in a capitalist society after all," she added. "I am not saying that we shouldn't buy anything. I just hope the increase in the number of consumers who want to act responsibly to change society in a better way, someday." 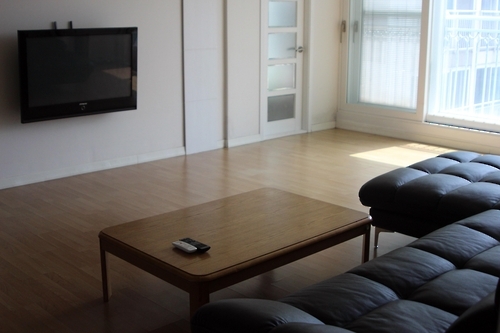