SEOUL, Oct. 7 (Yonhap) -- South Korean rapper BewhY unveiled the official music video for his new track "Someday", which features on the OST for crime film "Asura: the City of Madness."

The track released Thursday was written, composed and arranged by BewhY, who was inspired by the bleak and brutal action movie. Critics have lauded the lyrics for vividly portraying life as it is in the dark criminal world where villains, driven by the desire for money or power, turn on each other to survive in a living hell. The beat and artist's unique rap style perfectly sync with the scenes, making it obvious why producers chose the song and the rapper to represent the film.

"Asura" is about the fight for survival and is expected to be the greatest Korean action movie of 2016. It was directed by Kim Sung-Su and stars Jung Woo-sung, Hwang Jung-min, Ju Ji-hoon and Kwak Do-won.

BewhY was crowned the top rapper in the fifth season of the competition show "Show Me the Money." His skills have already been acknowledged by other mainstream Korean rappers such as Simon D., one of his mentors on the show, and Tablo of Epik High. For every release, his songs have repeatedly come in the top 10 on various Korean music streaming sites. 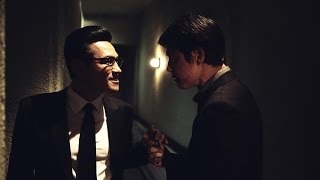