North Korea appears to be ready to carry out another nuclear test or launch a ballistic missile at any time given increased activities at its nuclear test and missile launching sites, military officials said.

"Chances are high that the North will conduct its sixth nuclear detonation or test-fire a ballistic missile ahead of the anniversary of its ruling Workers' Party and the Security Consultative Meeting (SCM) scheduled in the U.S. later this month," a defense ministry official told Yonhap News Agency.

The anniversary falls on Monday and defense chiefs of South Korea and the U.S. will discuss ways to ramp up the allies' three-stage deterrence strategy, which could involve a pre-emptive-strike option, during the annual meeting in Washington, D.C., on Oct. 20.

"Starting today, the military will maintain heightened vigilance against any provocations by the North," the defense official said.

The unification ministry said the government is "fully prepared" against any provocative moves by the North. 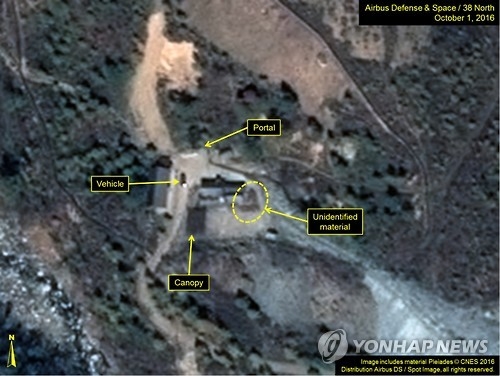 The government said continuing activity at tunnels No. 2 and No. 3 at the Punggye-ri test site in the communist state's northeast and giant canopies set up over entryways of these tunnels can indicate another nuclear test is being prepared.

Commercial satellite imagery taken on Saturday of the test site "indicate continuing activity at all three tunnel complexes that could be used to conduct a nuclear test," the website 38 North monitoring the North said Thursday.

The imagery shows a large vehicle, possibly a truck, near tunnel No. 2's entrance, while a large canopy in its parking lot, which has been present for the past two months, remains in place. There appear to be stacks of boxes near the area, it said.

North Korea has conducted five nuclear tests in the past decade; two took place this year.

Meanwhile, given increased activities at the Dongchang-ri rocket launching site in the North's northwest, Pyongyang may be gearing up to launch a missile. The defense ministry said the North may launch either a medium-range Rodong or the more potent intermediate-range Musudan ballistic missile.

Pyongyang may fire Rodong and Mususan missiles from its transport erector launchers (TELs) capable of freely moving near the border with South Korea and hiding themselves from reconnaissance systems operated by Seoul and Washington in tunnels or mountains, it said. 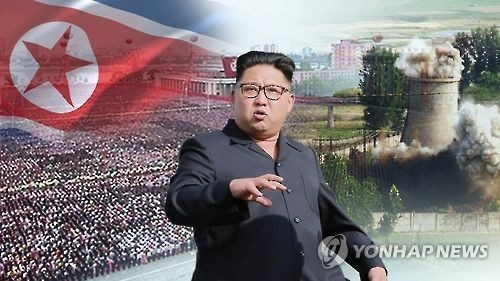 In June, North Korea claimed the successful launch of an intermediate-range ballistic missile, saying it has the capacity to strike U.S. forces in the Pacific region.

But Seoul has not ruled out the possibility of Pyongyang firing a long-range ballistic missile, equipped with a new rocket engine, that could possibly reach the U.S. mainland.

In late September, the North claimed it successfully conducted a "ground test of a new type high-power engine for a rocket that can place a geo-stationary satellite around the Earth." It said the engine has a thrust of 80 tons, which is three times the power of the engine used in its previous long-range rocket launches.

S. Korea's military on high alert ahead of key anniversary in N.K.

S. Korea's military on high alert ahead of key anniversary in N.K.