Cho Tae-yong, the deputy chief of the National Security Office (NSO) under the presidential office, visited the United States on Tuesday for a set of meetings with Washington officials over a range of North Korea-related security issues.

During his visit to the U.S., the senior security official is thought to have met with high-level officials from the White House and the Department of State such as Deputy Secretary of State Tony Blinken.

Observers said they might have discussed joint efforts to adopt a fresh package of tougher sanctions at the U.N. Security Council in response to the North's Sept. 9 nuclear test and bilateral cooperation in crafting their respective standalone sanctions.

Following the North's fifth and most powerful nuclear blast to date, calls have been mounting both in Seoul and Washington for stronger measures, including a "pre-emptive strike," to counter the communist state's evolving nuclear and missile threats.

Thus, analysts predicted that during his talks with U.S. officials, Cho might have touched on practical military steps that the allies could undertake to deal with contingencies on the Korean Peninsula.

Meanwhile, South Korea's Ambassador to the U.S. Ahn Ho-young said Seoul has had no discussions whatsoever with Washington about a pre-emptive strike on the North.

Cho is to return home on Saturday, a source said. 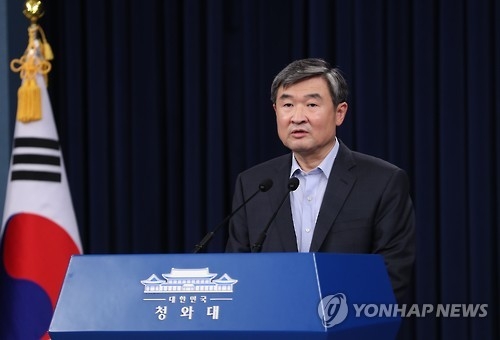