BEIJING, Oct. 7 (Yonhap) -- South Korea has emerged as the favorite overseas destination visited by Chinese travelers during a long public holiday, in spite of expectations that the strained Seoul-Beijing relations over the planned deployment of an advanced U.S. missile defense system in South Korea would discourage trips there, a leading Chinese Internet portal said Friday.

Sohu.com Inc. said in an article that South Korea topped the list of overseas tourist spots where they spent the Oct. 1-7 National Day holiday, followed by Thailand and Japan.

Chinese tourists paid no attention to a separate diplomatic row or other issues that China has with the three countries, Sohu said.

China has voiced its objection to the deployment of the Terminal High Altitude Area Defense (THAAD) system in South Korea aimed at countering North Korea's evolving nuclear threats, which it contends will needlessly escalate regional military tensions and undermine their strategic security interests.

The revelation testified that South Korea's decision to deploy the THAAD system is not affecting substantial exchanges between the two countries, cautiously raising the prospects that the THAAD issue will not hurt bilateral relations even if Beijing adds pressure to Seoul over the row. 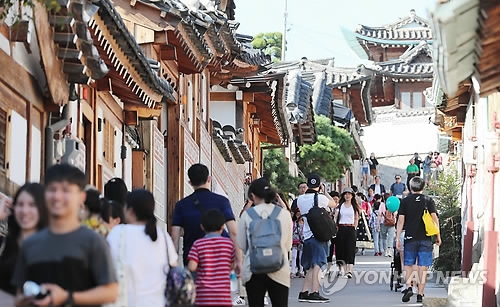 The outbreak of the mosquito-borne Zika virus in Thailand and the long-standing territorial row involving the Japanese-administered Senkaku Islands in the East China Sea, claimed by China as Diaoyu, eventually had little impact on Chinese tourists' visiting either countries.

Sohu also said "There is no use for China to criticize South Korea for the THAAD issue," chiding Chinese visitors who have flocked to South Korea for having no sense of national crisis.

The article appears to reflect China's embarrassment over its people's inflow into South Korea during the holiday at a time the Chinese government has maintained its chilled relation with Seoul over the THAAD issue.

Chinese media have said Chinese tourists are fond of South Korea due to its reasonable prices and convenience in flights and visa issuance as well as handy shopping and "hallyu," or the worldwide spread of K-pop culture.

During the holiday, the number of outbound Chinese tourists heading South Korea and other countries reached about 6 million, with about 560 million Chinese people visiting major domestic tourist spots. According to the China National Tourism Administration, Chinese travelers' consumption from Saturday to Thursday logged 75.40 trillion won (US$67.86 billion). 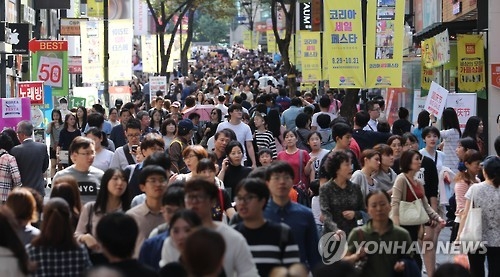