SEOUL, Oct. 7 (Yonhap) -- Most first-time Chinese travelers to Seoul just can't miss the glitzy shopping district of Myeongdong, but a Chinese power blogger says there's another hot spot they should check out for shopping, beautiful nature and fun activities: Yeouido.

Zhou Rouxue, a 24-year-old blogger who has about 750,000 followers on China's most popular microblogging site Weibo, made a pitch for Yeouido, a financial and political hub that houses many bank and brokerage headquarters as well as the National Assembly close to the Han River.

Zhou has been on a week-long mission since Monday to promote Galleria Duty Free 63 in Yeouido on a handsome paycheck of $20,000, along with two other part-timers for marketing and brand advertising activities. Following a partial opening in December, the duty-free shop operated by Hanwha Galleria fully opened in the gold-tinted 63 Building in July. 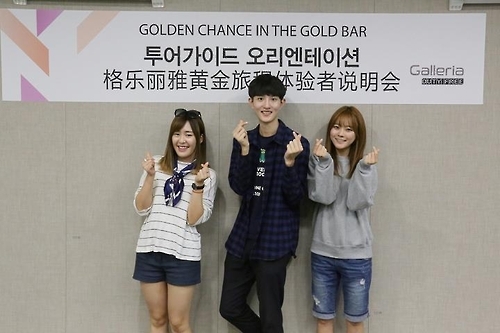 "Many Chinese visit Korea more than once or twice, so they want a variety of things to do and see other than shopping at Myeongdong. In that sense, Yeouido can offer fresh experiences," Zhou said in a written interview with Yonhap News Agency. "I see different aspects of Korea whenever I visit here."

Zhou, who was selected for the high-paying stint through an online vote based on a self-introduction video, says her passion for travel and beauty helped her grab the chance because the two areas are closely related to the duty-free business.

The blogger has traveled to Korea several times to shop for clothes and other things, but it was the first time for her to visit Yeouido and its surrounding area.

Looking over the capital city from an observatory on top of the 63-story skyscraper, visiting an aquarium and dining in a fancy restaurant in the same building that has a duty-free store was impressive, she said, while venturing to nearby tourism spots was also entertaining. 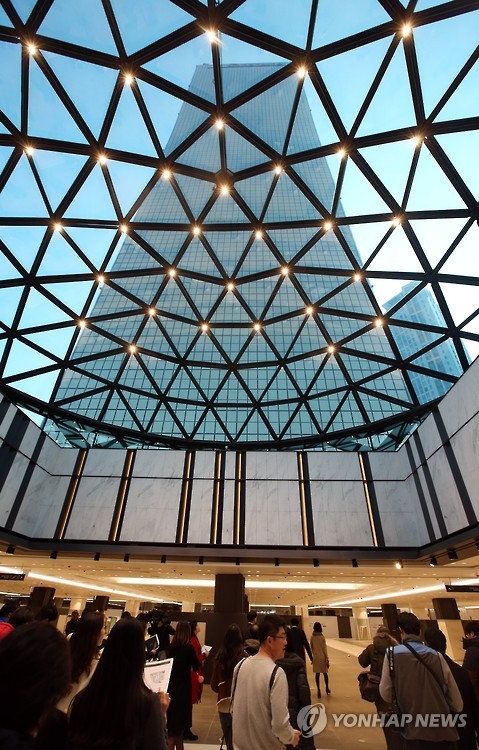 Located close to Yeouido across the Han River is the Hongik University area, where hipsters and indie artists stage performances and youngsters shop for clothes and hang out at street cafes. Noryangjin Fishery Market, one of the nation's largest retail and wholesale fishery markets, is also about a 10-minute drive from there.

Besides going out on a yacht on the Han River and walking along the river bank, she is excited to see the Seoul International Fireworks Festival slated for Saturday. The event hosted by Hanwha Group is held in early October each year in front of the 63 Building.

Zhou said Chinese travelers prefer Korean duty-free stores because their prices are cheaper than those of mainland Chinese stores and only sell authentic products, picking Korean cosmetics as a "must-buy" item. 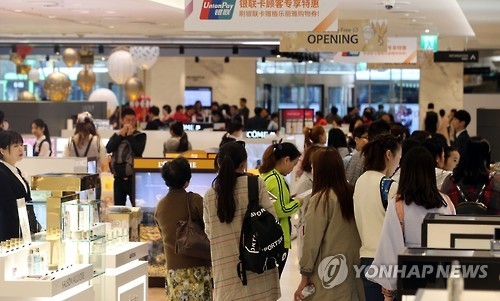 "You can buy luxury brands and cosmetics at Korean duty-free stores at much cheaper prices than at Chinese stores. Chinese also like shopping here because they don't sell fake items," Zhou said. "South Korea is the closest to China and shops offer the cheapest price, so it is very attractive to Chinese shoppers."

Besides, South Korea is a good place to visit for those who worry about language problems when traveling abroad.

"Many Chinese are afraid to go abroad due to language problems. You can communicate in Chinese at duty-free stores, sightseeing places and restaurants here, but those who never been here don't know it," she said. "I think speaking in Chinese here is more convenient than speaking in English."