The National Tax Service (NTS) collected a total of 150 trillion won (US$134.3 billion) in national tax during the January-July period, up by 20.1 trillion won from 129.9 trillion won over the same period last year, according to the NTS report submitted to the National Assembly for a parliamentary audit.

"The increase in tax income is driven by an uptick in corporate earnings and private consumption," the NTS said in the report.

Businesses have enjoyed improved profitability throughout the year due to decreased costs stemming from low oil prices, pushing up their corporate tax payments.

Meanwhile, private consumption has also continued its upside mode for nearly a year to post a 3.3 percent on-year gain in the second quarter.

A recent tax code revision to reduce tax exemptions and the NTS' efforts to crackdown on overseas tax dodgers also contributed to the sharp rise in tax revenue. 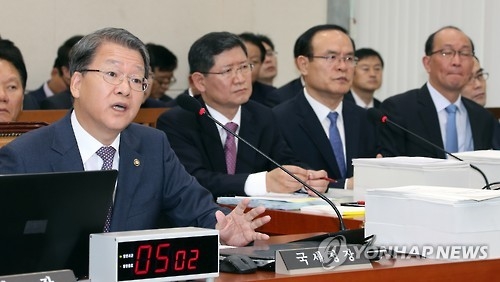