During the governmental meeting held on Thursday to examine the law that went into force last week, an official from the commission said teachers and students are allowed to exchange gifts that follow "social norms," contradicting its previous interpretation that such actions are banned.

"Although students cannot provide teachers with (a can of coffee) for special purposes, they are free to do so if it is not to win favor," said Park Kyeong-ho, the vice chief of the Anti-Corruption and Civil Rights Commission.

Under the so-called Kim Young-ran Law, people working for the government, media outlets and schools are banned from receiving meals priced higher than 30,000 won (US$27), gifts exceeding 50,000 won, and congratulatory and condolence money over 100,000 won.

The civil rights commission earlier said students are banned from giving any presents to their teachers, even including a cup of coffee, as such a move can hinder instructors from making fair evaluations of students.

Another official from the commission, however, said the exchange of gifts is still banned between teachers and students, indicating that even within the organization there is no consensus on the issue.

"Regardless of the price, our stance is that the gifts are banned," an official said. "For example, if we allow students to give flowers to teachers, there will be confusion on whether they are allowed to give just one flower or a bouquet."

"Even for the coffee issue, the price varies. There can also be suspicions if a student who gave a cup of coffee received good grades," the official pointed out.

While the new law has been bringing major changes to everyday life in South Korea, including the way people pay for lunch or dinner, observers said the government must come up with more clear guidelines on the implementation to avoid confusion or unintended violations. 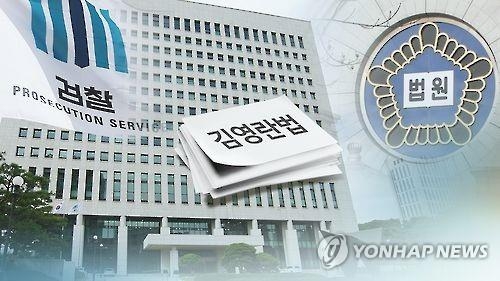