"The much-anticipated concerts by the bands will kick off in Seoul on Oct. 15, followed by Tokyo on Nov. 8 and Osaka on Nov. 10," Duruduru AMC, the Korean band's agency, said on Thursday.

Zainichi Funk is a new generation deep funk band inspired by James Brown, touted as one of the most iconic figures in funk. The seven-member act has attracted considerable attention due to its talented members. Most notably, Kenta Hamano, the leader of the band, garnered worldwide popularity not only as a musician but as an actor.

Kiha and the Faces, which debuted in here in 2008, saw almost instant success with the release of their mega-hit single "Cheap Coffee." The band has been earning critical praise for adding messages in the lyrics of their songs in its trademark "talking" style.

This is not the first time the two bands have worked together, although the last effort for a tour in April 2014 was canceled. This history caused anxiety among many fans this year who have been waiting to see the two perform together.

The concert in Seoul will be held at KT&G Sangsang Madang in Hongdae at 7 p.m. on Oct. 15. Tickets can be purchased through the Interpark website at ticket.interpark.com. 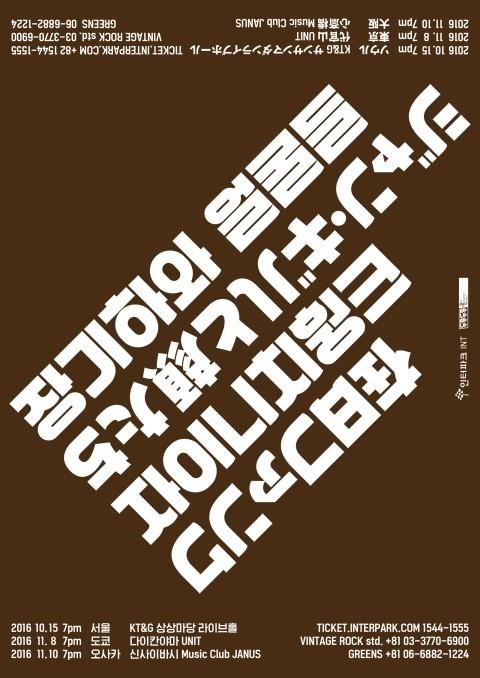