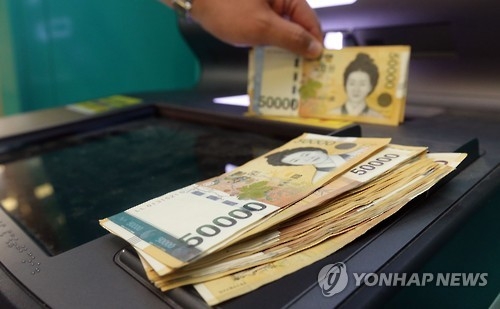 The account holders appear to take a wait-and-see attitude for good investment opportunities due to all-time low interest rates. The country's key rate stands at a record low of 1.25 percent.

The data also showed that the issuance of equity-linked securities products totaled 71.9 trillion won in the second quarter, up 2.5 trillion won from a quarter earlier.

It means that some investors chose to take higher risks for higher returns. Equity-linked securities are hybrid debt securities whose return is determined by the performance of underlying equity.