SEOUL, Oct. 7 (Yonhap) -- Since he started painting in the 1970s, Suh Yong-sun has harbored one big question deep in his mind that remained unanswered until now.

In his new exhibition "Color & Space" at Kim Chong Yung Museum in Seoul that opened today, he shows his efforts and process to tackle what influence Buddhism has had on Korean society and its culture. For some unexplainable reasons, he, as an artist, felt he owed an answer to the question through art. 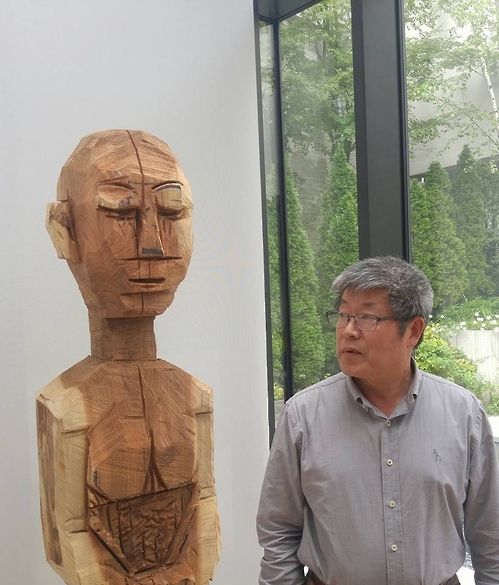 "It felt like homework that needed to be done. I thought about how to express in my work the religious influence on Korean society. I believe all Koreans have the same question," the artist, 65, said Friday while meeting reporters.

Not only is the exhibition a big departure from his previous work in the subject matter, but it is his first serious attempt at wooden sculpture. Previously, he painted mainly people, including himself, a subject that was carefully studied and expressed in intense, bold paintings. He is also known for his intense works about Korea's tragic history, mythical tales, and the sufferings of working class people during the country's rapid industrialization. For example, for 20 years he painted the tragic life story of Kig Danjong of the Joseon Dynasty (1392-1910), who was exiled and killed.

In the two-story exhibition hall, a series of rough sketches of sitting Buddhas, painted sometimes on ripped-off magazine pages or a map, are displayed, along with the paintings of Buddhas in primary colors. Against the backdrop of the paintings, crude-looking, tall wooden sculptures of Buddhas and Bodihisattvas rise in the middle of the hall. 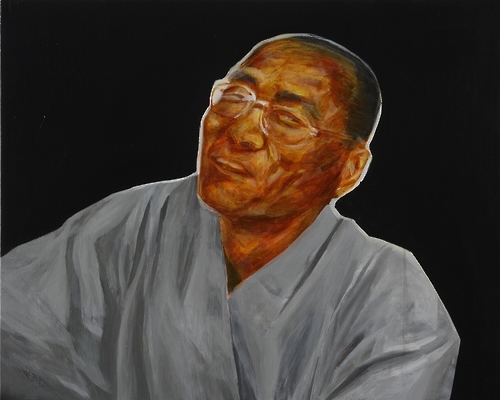 Among the displays are three portraits of Song Seon-gil, chief Buddhist monk at Heungbok Temple.

He talked about a memorable anecdote with the monk a long time ago when he visited the temple in the mining town of Taebaek in Gangwon province.

The artist was deeply touched to see the monk keep the memorial tablets and pay respects to the spirits of hundreds of miners who died during various accidents in the city but had no families to remember them. The artist said he felt the strong benevolence of Buddhism at that time. 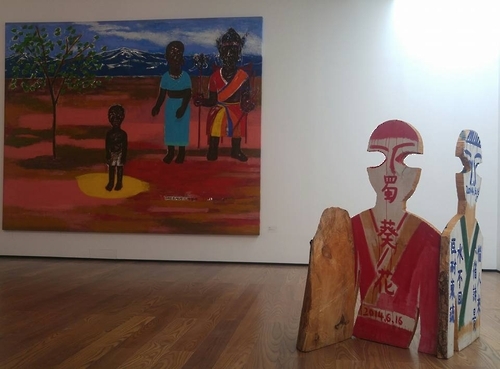 A former art professor at Seoul National University, he was chosen as the "Artist of the Year" in 2009 by the Museum of Modern and Contemporary Art (MMCA). He also won the 2014 Lee Jung-seob Award, an annual prize for an artist who keeps the artistic spirit of Lee Jung-seob, one of Korea's most celebrated artists. He left his teaching job that year and has been traveling and participating in artist residency programs in the U.S., Germany, Japan and China.

For anyone who would like to check out paintings of his that have no religious bent, the Nook Gallery in Samcheong-dong has opened another exhibition of his just yesterday which will run throughout Nov. 5. "Suh Yong-sun's Inwang Mountain" shows some 30 art pieces, his recent work mainly on the landscape of the city. 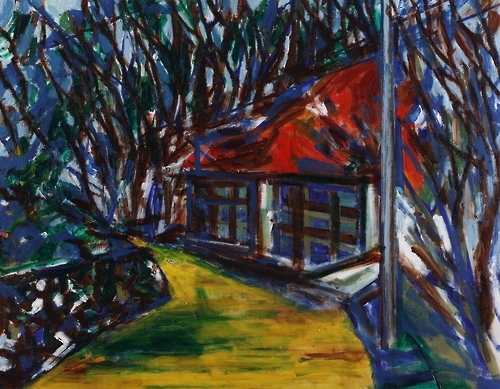