"Every work is equally important, each for a different reason," he said when asked to single out his best work during an open interview program at the Busan International Film Festival.

"But if I have to pick just one, it might be 'A Bittersweet Life' because this movie guided me to a chance to experience the Hollywood system. It provided me an opportunity to let many overseas film industries know of me."

After starring in the crime saga by South Korean auteur Kim Jee-woon, the actor appeared in Kim's Korean-style Western "The Good, The Bad And the Weird" in 2008 and most recently in his espionage thriller "The Age of Shadows." 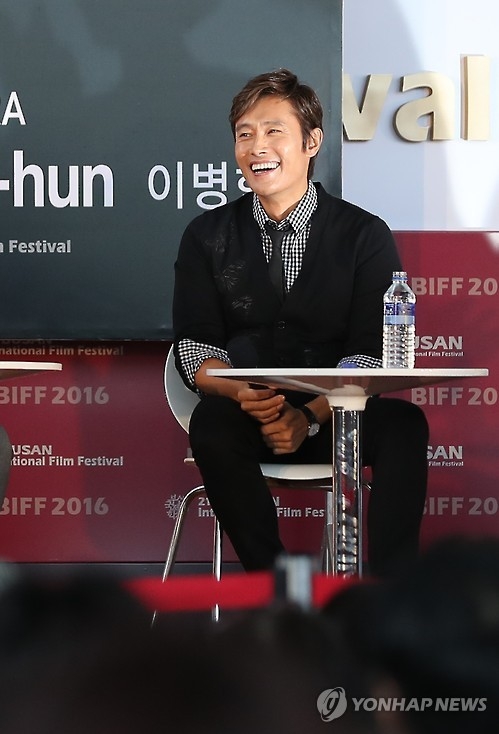 He advanced to the American film industry with the Bittersweet Life screened during the Cannes Film Festival. He has since appeared in many Hollywood action films such as "G.I. Joe: The Rise of Cobra," "G.I. Joe: The Retaliation," "Red 2" and "Terminator Genisys," and director Antoine Fuqua's new remake of "The Magnificent Seven" that opened last month in South Korea.

This year, he will co-star with hallyu actors Gang Dong-won and Kim Woo-bin in the South Korean film "Master," and also with Gong Hyo-jin in "Single Rider."

Questioned about his most thrilling moments in life, the 45-year-old selected when he attended this year's Academy Awards as one of the 40-some presenters from around the world and the first reading of the screenplay for "G.I. Joe: The Rise of Cobra," his first Hollywood film. He became the first Korean actor to present at the Oscars.

"Because I was so thrilled I was exhausted both physically and mentally at those moments," he said, adding that part of the challenges came from language barriers. "But now I try to express and talk as much as I can even though I don't speak English well, thinking to myself 'Whats the big deal?'"

About 300 fans braved rain to get a glimpse of their favorite star at the event hosted by the Korean film reporters' association at a public square before the Busan Cinema Center, the main venue of the annual film festival.

Lee said he has been very cautious in choosing films in which to appear in the past, but plans to open himself to all opportunities from now on.

"It doesn't matter whether it's a low-budget film or a blockbuster film. What matters now is if it has a good story and who the director is," he stressed. 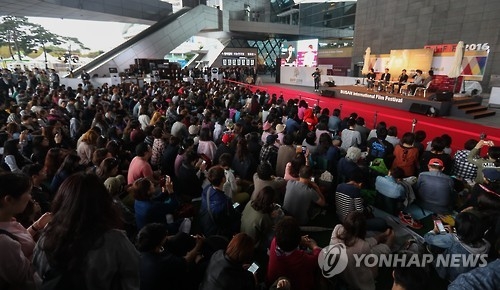