"They discussed regional security issues including the international response to the latest DPRK nuclear test and the importance of close coordination between the United States and the DPRK," State Department spokesman John Kirby said at a briefing Thursday.

"It was a good and constructive meeting," he said without elaborating.

The talks came as the U.N. Security Council is working on a new package of sanctions to punish the North for the Sept. 9 nuclear test. The two sides could have discussed possible measures to be included in the U.N. resolution as well as their own unilateral sanctions.

They could have also discussed how to respond to additional provocations amid speculation that the communist nation could conduct another nuclear test or a long-range rocket launch to mark next week's anniversary of its ruling Workers' Party.

After arriving in Washington on Tuesday, Cho also held a series of meetings with White House and other administration officials, sources said. 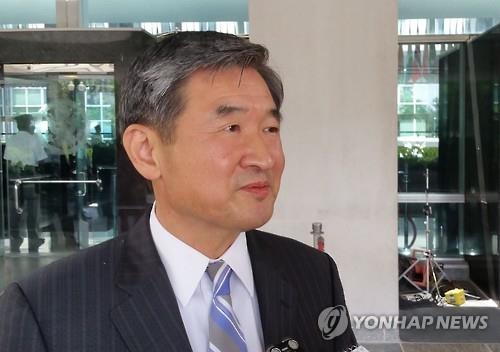