SEOUL, Oct. 8 (Yonhap) -- U.S. tech giant Apple Inc. said Saturday the iPhone 7 series is slated to reach the South Korean market on Oct. 21, and is set to compete with other local rivals in the high-end handset market.

Apple said the iPhone 7 and iPhone 7 plus, each with 4.7-inch and 5.5-inch displays, respectively, will officially set sail here, along with the wireless earphones, called Airpod.

The local price for the devices, however, has not yet been announced by mobile carriers here.

Industry watchers here have been eyeing the release of the new iPhone as it is virtually the last high-end smartphone to be released by a major manufacturer this year. 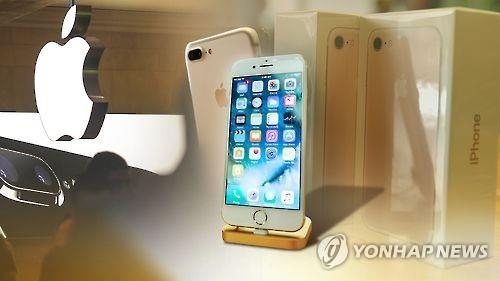